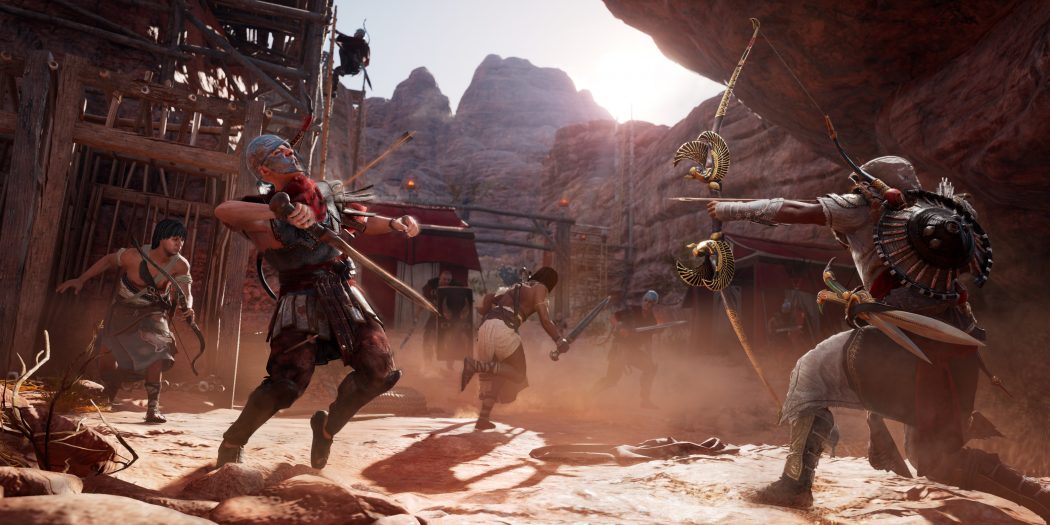 Maybe they’re not so hidden after all! Assassin’s Creed Origins is about to get a brand new expansion, picking up the action after the base game concludes.

So, I assume you’re going to want to play through ACO’s campaign before you go ahead and download and dive into Hidden Ones. There’s a very good reason for that too, as this new pack kicks off four years after Origins.

It follows the fledgeling Brotherhood as they come up against a Roman force. And this isn’t Egypt either, as you’ll get to play in a whole new part of the world – the Sinai.

Overall, you can expect a level cap expansion for Hidden Ones (up to 45), and new upgrades and customization options. That’s not all though. Fans will also be able to wield new weapons ( including 4 new Legendaries), deck their character out in a new outfit, and ride a new mount. There are even two new levels for “crafted gear”, and that’s all on top of the new narrative that you can play through. So there’s a lot to this.

The Hidden Ones lands its leap of faith on the Xbox One, PS4, and PC tomorrow. Read more about it, and Assassin’s Creed Origins, right here on Ubi’s site.

Jason's been knee deep in videogames since he was but a lad. Cutting his teeth on the pixely glory that was the Atari 2600, he's been hack'n'slashing and shoot'em'uping ever since. Mainly an FPS and action guy, Jason enjoys the occasional well crafted title from every genre.
@jason_tas
Previous Call of Duty: WWII starts its Resistance event tomorrow
Next This past December was Nintendo’s best in the US since 2014