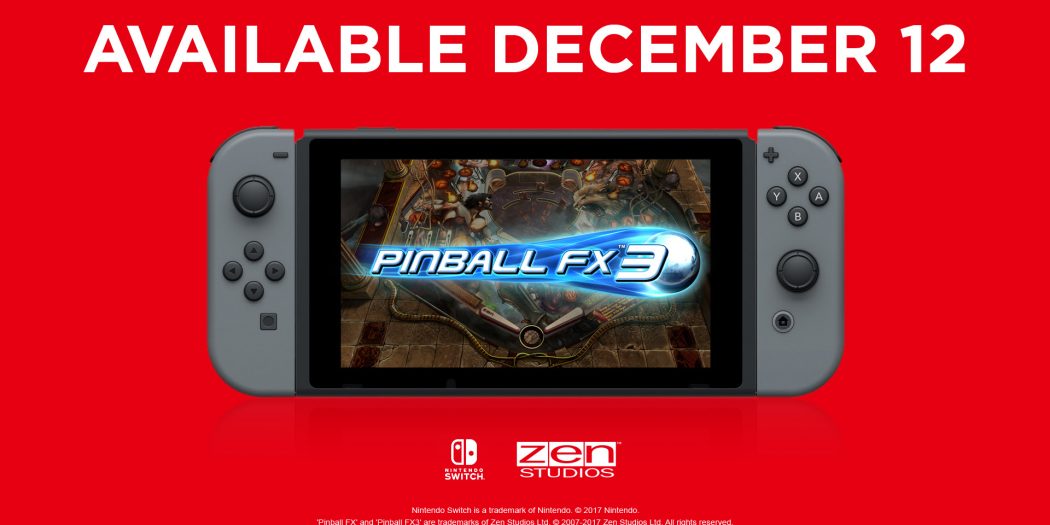 Pinball FX3 finally dated for Switch, with a big improvement

We’ve finally got a date for Pinball FX3 on the Switch. And it turns out there was a pretty good reason for the delay to boot.

Remember how we were reporting on the Switch version of Zen’s pinball series? Then remember how it was delayed a few weeks? Well, we now not only know when it’ll be appearing, but we know why it was delayed in the first place. Turns out, there’s a pretty awesome reason.

First of all, the game is coming up in short order. It’s now set to arrive on Switch on December 12th, which is a little over a week off. So that wasn’t really much of a delay really since it was originally set for later last month. And now, on to that reason…

Publisher Zen apparently got some feedback from Nintendo itself, who pointed out that the Switch could be used in vertical mode. See where this is going? Yep, to play Pinball FX3 in handheld mode, you’ll now only have one JoyCon attached to your Switch, and you’ll be holding it vertically.

Both Zen and Nintendo feel like this is the ideal way to implement the game. I have to admit I kind of dig the idea a lot too. Zen adds that the Switch’s HD rumble will go quite a long way in the game, giving it the most authentic pinball feel ever.

Here’s a look at it in action

Jason's been knee deep in videogames since he was but a lad. Cutting his teeth on the pixely glory that was the Atari 2600, he's been hack'n'slashing and shoot'em'uping ever since. Mainly an FPS and action guy, Jason enjoys the occasional well crafted title from every genre.
@jason_tas
Previous Marvel and DC Vinimates, statues and more arrive from DST this week
Next New Mutants returns to the Marvel U in fresh mini-series