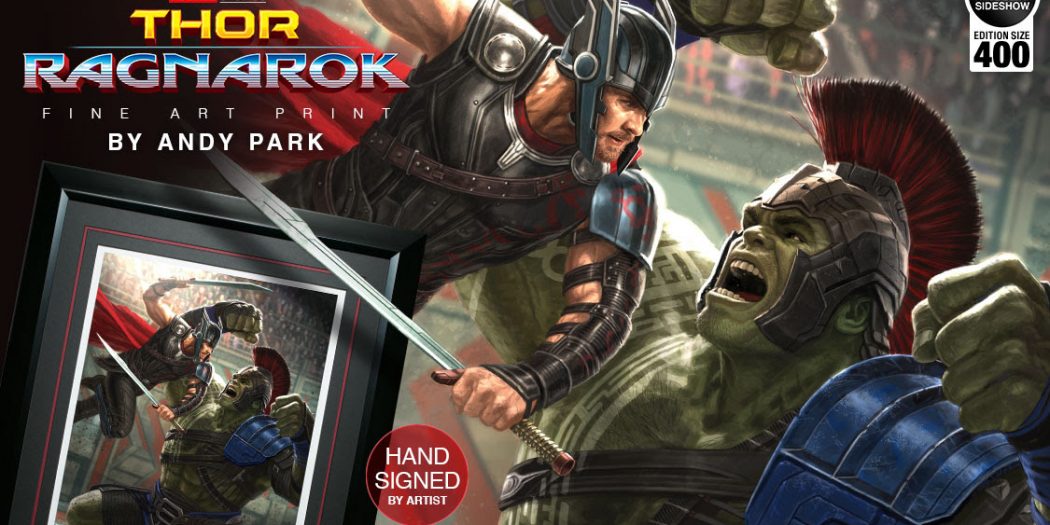 Sideshow is not really all that well-known for it’s art prints. There are companies out there that are, and it’s not like Sideshow doesn’t carry printed artwork, it’s just that it’s not really what you’d first think of when you hear the name. Instead, you’d likely conjure up an image of some of the finest 12″ scale figures and statues around. Bar none on that end of things.

Now though, the collectible-maker has announced that they’re seriously expanding their stable. Working within the Marvel Cinematic Universe, Sideshow will be producing a series of fine art prints. Based on the likes of Hulk and Thor, these are no simple pieces of one-off art either. Instead, these series will be official key-frames from Marvel’s films.

It’s bound to be some impressive stuff, given Sideshow’s attention to detail. Seems like the men behind the actual art think so too.

“It’s an incredible honor to have our work brought to life through the Sideshow. Having our concept art celebrated in such a dramatic format is a rare treat that gives fans a chance to see Vis Dev’s influence on some of their favorite characters and moments.  Sideshow’s reputation for delivering excellent products coupled with the fact that they are all fans themselves makes this collaboration a truly inspiring one.  It’s always amazing when a piece of our concept art is released to the world, and even more so now that the fans can own it themselves!”   ​

Jason's been knee deep in videogames since he was but a lad. Cutting his teeth on the pixely glory that was the Atari 2600, he's been hack'n'slashing and shoot'em'uping ever since. Mainly an FPS and action guy, Jason enjoys the occasional well crafted title from every genre.
@jason_tas
Previous In Stores This Week from DST: Justice League, Dark Tower, X-Men, Elf and More!
Next Gear.Club Unlimited goes tabletop in new Switch gameplay video