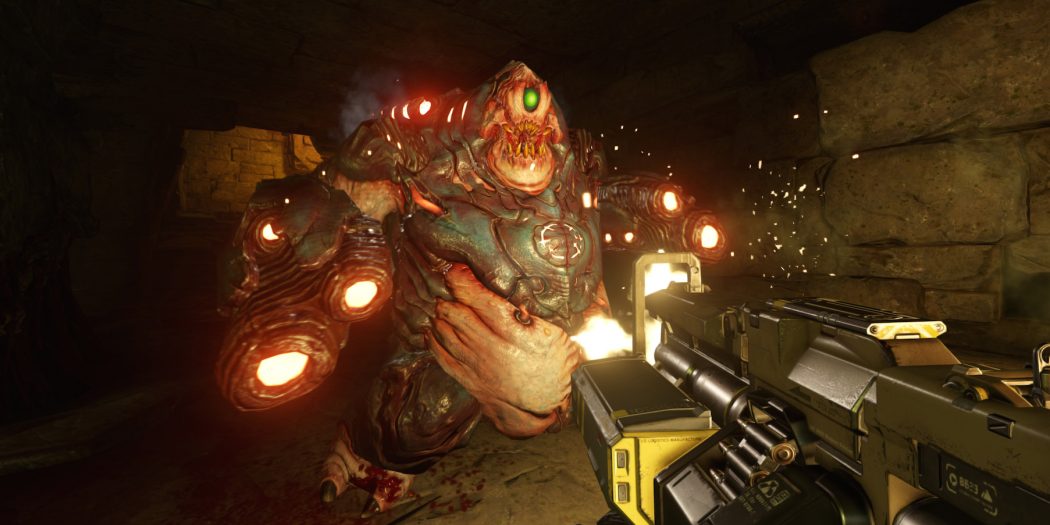 It’s official, the release date I mean. Bethesda and iD Software’s Doom reboot is on the way to thee Nintendo Switch in short order.

The guys from iD talk all things Doom and Nintendo Switch in the video below.

So there you have it, the skinny on one of the best first person shooters in recent years. It’s also not just the first FPS on the Switch, but also the first Bethesda title to hit. As you know, Skyrim and Wolfenstein II are both on the way as well. Doom bested them both in terms of release date though, which is kind of a surprise since we didn’t even know it was aimed at Switch till a few months ago.

It’s pretty damn complete too, lacking only the SnapMap feature that I can recall. That is a shame, no doubt about it, since SnapMap lengthened the original release’s playability quite a bit. Still, this is an almost fully featured version of the new classic  that you can play at home – or take with you. For that alone it might be a worthy purchase for Doom fans, even if they’ve played the game to death already.

And it’s right around the corner. Missing Halloween by only a few days, Doom for the Nintendo Switch is set for launch on November 10th. Fire up that chainsaw Doomslayers.

Jason's been knee deep in videogames since he was but a lad. Cutting his teeth on the pixely glory that was the Atari 2600, he's been hack'n'slashing and shoot'em'uping ever since. Mainly an FPS and action guy, Jason enjoys the occasional well crafted title from every genre.
@jason_tas
Previous Star Wars Made Easy (Book) Review
Next Black Panther Trailer Excites