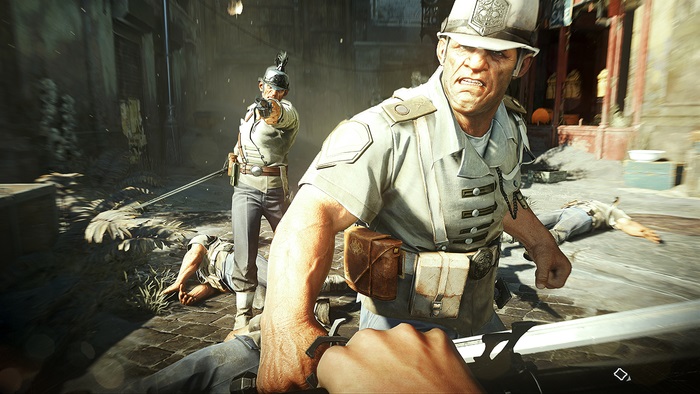 Dishonored: Death of the Outsider arrives with launch trailer

The latest expansion to the Dishonored mythos, Death of the Outsider arrives on consoles and the PC today. Here’s the latest look at it in action.

New character, new mission, one old “god” to kill. Death of the Outsider is looking like a very important piece of the Dishonored story. The Outsider has been a key figure after all, in both previous games in the series. So if this is really the end of him, well that’s kind of a big deal.

Take on the role of Billie Lurk, once one of Dunwall’s most notorious killers-for-hire. Reunited with your old mentor, the legendary assassin Daud, you undertake the greatest assassination ever conceived: killing the Outsider, a god-like figure whom Daud sees as instrumental in some of the Empire’s most dishonorable moments. As you venture deep into the grimiest corners of Karnaca to uncover the mystery of the Outsider and his origins, face deadly opposition, dark ancient powers, and difficult decisions that will forever change the world around you.

As you can see from that, it’s once again back to Karnaca for gamers. The tropic land was the setting of last year’s Dishonored II, and apparently holds some of the keys to the origin of The Outsider. With a new character to play as, and plenty of new “supernatural abilities, deadly weapons and powerful gear” to make use of, Death of the Outsider should be just the ticket for fans looking to return to the Dishonored universe.

Catch the game today, on the Xbox One, PC, and PS4.

Jason's been knee deep in videogames since he was but a lad. Cutting his teeth on the pixely glory that was the Atari 2600, he's been hack'n'slashing and shoot'em'uping ever since. Mainly an FPS and action guy, Jason enjoys the occasional well crafted title from every genre.
@jason_tas
Previous Call of Duty: WWII beta hits PC at the end of the month
Next NBA Live 18 lands on consoles today