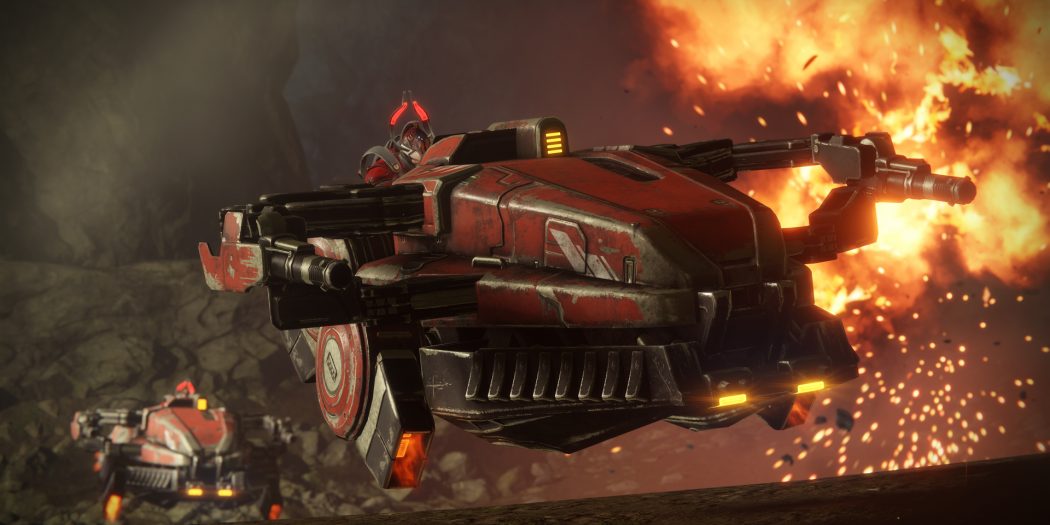 Destiny 2 is almost here, and it’s calling back a legion of players. So what’s in store for noob? Lots of shooting and a more fully realized campaign.

“A great story. Awesome characters. A menacing villain. A clear mission. A gorgeous, expansive world to explore. And of course, great, innovative gameplay that is fun to play solo or with friends. Destiny 2 has it all,” said Eric Hirshberg, CEO of Activision. “Whether you’re one of the millions of fans who are already a part of this community, or you are brand-new to the Destiny world, this game is something all different kinds of fans will enjoy and appreciate. We can’t wait to share it with you.”

It should be pretty plain from that statement by Activision’s Hirshberg, that the publisher and developer Bungie aren’t playing around when it comes to Destiny 2’s campaign. One of the sole knocks against the original was that the story seemed afterthought-y, but there’s no repeat of that set for D2.

In the narrative, the last city on Earth has been taken. Humanity’s final refuge is now occupied by a powerful, alien army. Want to guess what your job is? Aside from kicking some bad guys in the teeth, you’re also set to be tasked with getting what’s left of the city’s forces back into action against this new threat.

A familiar story? Yeah maybe. It’s also great to see that Bungie took comments about Destiny to heart for Destiny 2.

It’s not all that the game will offer though.

Activision is also promising that Destiny 2 will offer plenty of “modes and activities” to keep fans happy. Multiplayer-lovers will be pleased to know too, that getting a party together is still a big part of the game. And to that end, Destiny 2 will be the first non-Blizzard title to make use of Blizzard.net. That’ll be your destination for multiplayer gaming on the PC.

Bungie CEO, Pete Parsons, said, “Destiny is designed to bring players together, and we are humbled to be part of the communities who breathe life into our worlds. For us, it’s all about the stories, memories, and friendships that are made when people come together.” He added, “Destiny 2 represents the spirit, passion, and energy of an incredible team of world builders here at Bungie, and its launch is the culmination of years of partnership with Activision to bring this game to millions of players all around the world.”

Destiny 2 hits the PS4 and Xbox One (complete with a trio of special editions) on September 6th. The PC edition arrives on October 24th. If you have your pick though, you might want to get your copy for the PS4 though, as there are some neat extras to be had on Sony’s platform that you won’t get anywhere else.

Jason's been knee deep in videogames since he was but a lad. Cutting his teeth on the pixely glory that was the Atari 2600, he's been hack'n'slashing and shoot'em'uping ever since. Mainly an FPS and action guy, Jason enjoys the occasional well crafted title from every genre.
@jason_tas
Previous Original Xbox One has finished its run
Next Surprise! Mezco has the definitive Wolverine One:12 figure on the way after all