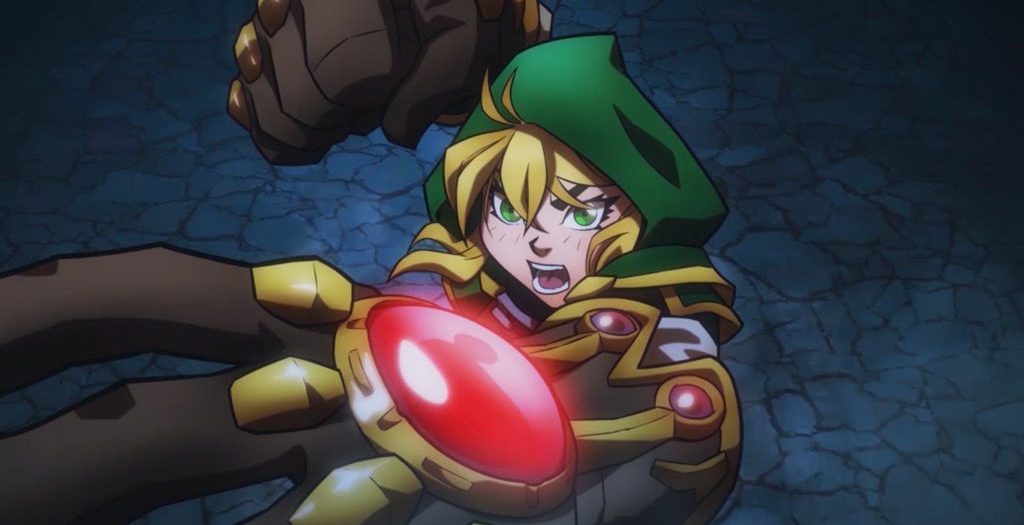 No, there’s no gameplay in this new trailer for Battle Chasers. Even so, it’s still probably going to make you want to play.

Originally a comic, Battle Chasers (the video game) is sounding pretty nice. The game is set to play as a JRPG, with dungeon crawling aplenty, and turn-based battles. Nordic Games is also promising a “deep story” for Nightwar, which you’d expect given the source material and genre.

Much of the game though, is pretty much an unknown at this point. And yes, I’d rather have seen gameplay in a new trailer. Still, I’ll be damned if I didn’t enjoy this video anyway. Designed to evoke memories of classic Saturday morning cartoons like “Thundercats, Silverhawks and Defenders of the Earth”, it’s undeniably cool. If you remember any of that stuff the first time around, you can add on a few more points for the neat-o factor.

Also seen for the first time in the new trailer, is Alumon. A demon-hunter, Alumon looks pretty cool with his red mask and magic attacks. Here’s a bit about him:

Once a member of a sacred order of monster hunters, Alumon was banished from the order and now operates alone as bounty hunter, taking contracts and doing odd jobs for money, from exorcisms and assassinations if the job requires it (and sometimes even if it doesn’t).

Though Alumon possesses the traditional magic and light-based abilities of the Battle Priests of his order, he has taken his study of the dark arts further than most. Many of his spells and abilities call upon dark magic, often bringing harm to himself or others. Meddling with these dark powers has physically changed Alumon, so he is easily recognized by his frost white hair and serpent-like eyes. For that reason, Alumon usually wears a mask.

Jason's been knee deep in videogames since he was but a lad. Cutting his teeth on the pixely glory that was the Atari 2600, he's been hack'n'slashing and shoot'em'uping ever since. Mainly an FPS and action guy, Jason enjoys the occasional well crafted title from every genre.
@jason_tas
Previous Make This Game: Bioshock City Builder
Next The Call of Duty: WWII multiplayer beta starts next week