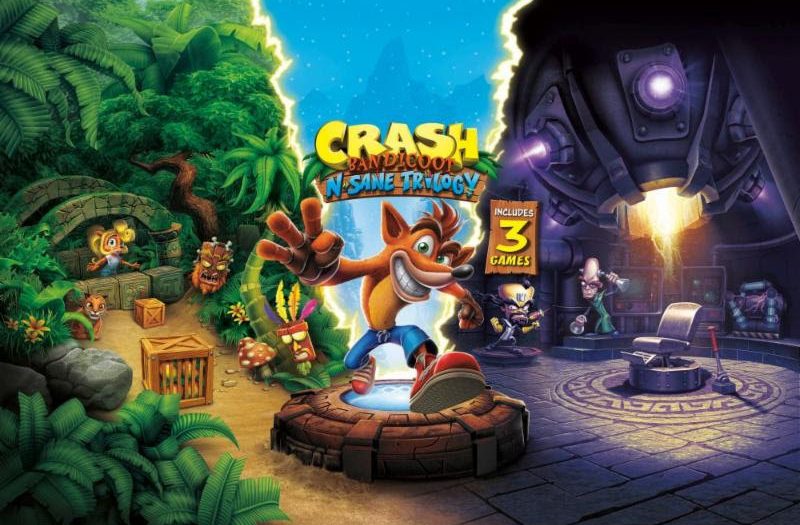 The orange marsupial is back on PS4 and remastered in a collection of the first three Crash Bandicoot games. And you know what? They’re just as good as you remember.

Originally developed by Naughty Dog, Crash Bandicoot was -more or less- the de facto mascot for the PSOne. Sony’s first entry in the console space had only been out for about two years at the time Crash hit retail in 1996, and previous attempts were… not good. Mainly, I’m just talking about that weird, spike-headed purple guy here. You know the one.

But when Crash popped up, exclusive tot eh console and all, that changed. His first game was a revelation for platformers. It wasn’t completely 3D, and it wasn’t free-roaming like Mario 64, but Crash hit a spot in between the new and the old that just plain worked. And still does today. 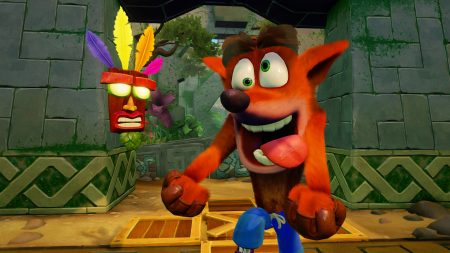 Those original three games especially, are still just as much fun today as they were back in the 90s, aside from the graphics. Polygonal graphics don’t age well. They just don’t. That’s largely what the N.Sane Trilogy is about by the way, updating these classics for the modern age- with the gameplay largely intact.

And it’s a roaring success.

Crash has always been pretty unique. The look of the original games was a tropical, jungle vibe that gave Crash a distinct look as a series. Yes, even in the face of Nintendo’s Donkey Kong Country, Crash managed to be unique. 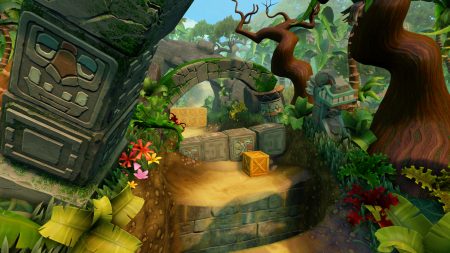 And that’s still true here in the N.Sane Trilogy. The big difference of course, is that these new looks are light years ahead of the originals.

The graphics here are flat-out gorgeous. As of this writing, I’ve played through a fair amount off the game, and the game holds up throughout. This is a modern game, through and through. And if you played these compilation without playing the original titles, I think you’d be hard pressed to not agree. The levels might have been designed and mapped out in the 90s, but everything else screams 2017 and PS4-level.

Bonus – the save screen has an image of an original PSOne memory card. Ah nostalgia.

Not that music is something that immediately comes to mind when one thinks of Crash Bandicoot, but there’s actually some memorable stuff in here. The main theme will stick with you for a while, and the rest of the OST is extremely solid as well.

Likewise, though a little more obvious, are the sound effects. Crash’s various yelps and shouts all sound just as great this time around, if not a little better. And of course, all the various baddies are right in line with that. 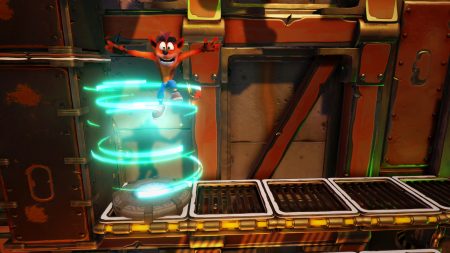 Classic gameplay, but with a twist

You might not have heard, but you can play as Crash’s sister Coco this time around. Coco becomes playable almost from the start of the game, and offers some different mechanics. There’s nothing too night and day here, just some small things to separate her from her bro.

As for him, Crash is exactly as you remember him. That’s good by the way. One of the best things about the classic Crash titles was the way they played, and the spot-on controls, all of which work great here too.

One thing I did notice as I played though, was that Crash Bandicoot is a tough series of platformers. I mean, it’s freaking hard. Way harder than I remember. I have heard that it actually is harder, in that the difficulty has been ramped up a bit for the modern audience. If that’s true, then I have to wonder why. Crash wasn’t a pushover originally, and I don’t like the idea that developer Vicarious Visions futzed with the frustration-factor. 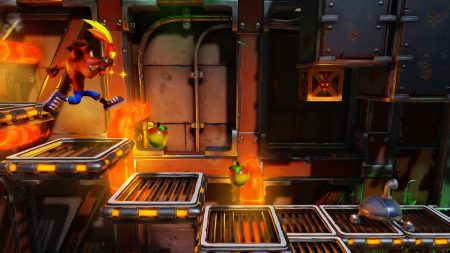 But even so, we’re not talking the platformer version of Dark Souls here. Crash isn’t that hard, and a few tries will get you through almost every area. It’s just probably going to give you a tougher time than say, your average Super Mario outing.

And I don’t mean that in a bad way. Crash shouldn’t scare you off if you love a good platformer. It’s a top quality collection with plenty -more than enough for the price- to offer.

Probably a little tougher than you remember - 85%

Crash Bandicoot: The N.Sane Trilogy is one of those moments in gaming that everything comes together in a near-perfect way. Excellent graphics and sound are layered on a trilogy of games that already played beautifully and offered a terrific experience. If you're a platformer fan, a Crash fan, or just like good video games, you should probably check this one out.

Jason's been knee deep in videogames since he was but a lad. Cutting his teeth on the pixely glory that was the Atari 2600, he's been hack'n'slashing and shoot'em'uping ever since. Mainly an FPS and action guy, Jason enjoys the occasional well crafted title from every genre.
@jason_tas
Previous High School Art Teacher Turns Video Game Life Saver
Next Marvel Legacy roundup: A sneak peek at some of Marvel’s newest series’