Award-winning international games label Team17 and developer Mouldy Toof Studios are excited to announce the launch date for The Escapists 2, the follow up to their award-winning prison-escape game. 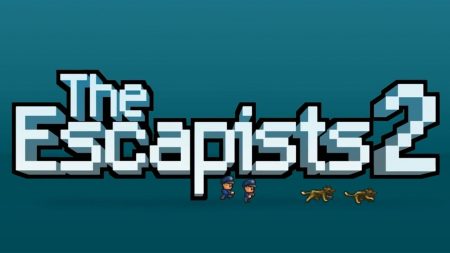 In this pulse-pounding penitentiary, players will experience the thrill of escaping a hidden compound deep in the jungle. You’ll need determination and drive to avoid the unquestioningly devoted guards, constant surveillance, and the Illustrious Leader himself, in your bid for freedom.

The Escapists 2 is the forthcoming sequel to the multi-million selling, award-winning sandbox prison-escape game which will include, in a first for the series, drop in/drop out play for up to four players in both local and online play.

Escaping won’t be easy though. You’ll have to work around the strict prison schedule and avoid the unwanted attention of guards. Craft weapons and tools found (or stolen) from within the prison, but beware of cell shakedowns. Get a job or perform “favours” for your fellow inmates to purchase vital supplies, all while scouting escape routes.

The Escapists 2 features:
• A dedicated tutorial for new players to learn the basics of prison life
• 10 unique themed prisons to escape from including the frosty Fort Tundra, a train hurtling through the desert, and even a trip to the final frontier!
• Play each prison solo or multiplayer with both local and online co-op and versus modes for up to four players**
• Drop-in, drop-out online multiplayer experience. Carefully plan and execute an intricate escape from your initial incarceration with your fellow inmates either online or locally, or simply hop into an existing game already in progress to help pull off the final touches of the escape!
• A brand new combat system to make every prison brawl even more bruising
• Create your con with over 300 customisations to create your perfect prisoner
• New ways to escape
• New items to craft – Build yourself a home-made Taser to knock out guards plus many more!

The Escapists 2 will launch on the 22nd August for Xbox One, PlayStation 4 and PC with a Nintendo Switch™ version to follow. Players can pre-order the game now via Steam and for PlayStation 4 and Xbox One from select retailers, with digital pre-orders available soon.

A fan of media on multiple platforms, I am always watching or playing something! Who knows what I will be on to next?
@mackeyp42
Previous SDCC 2017: Dark Horse announces official list of panels and events
Next Wild West Online receives first gameplay trailer