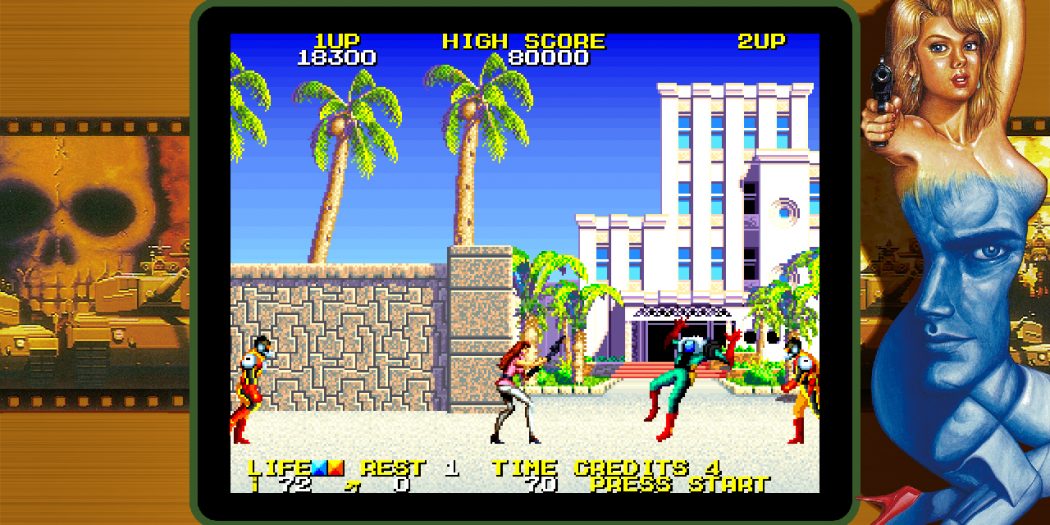 Home / News / Namco Museum hits Nintendo Switch at the end of this month, includes Pac-Man vs

Namco Museum hits Nintendo Switch at the end of this month, includes Pac-Man vs

Did you know that the Switch was about to get an infusion of Namco classics? Well, it is, and Pac-Man vs will be included in the deal.

Pac-Man aside, even though it’s the collection’s bread and butter, this is a pretty nice set. Not only do you get the above, but a 9-pack of additional games. They’re all classics too, and some of them are most welcome indeed.

I know it’s not the heaviest of load outs in terms of games, but it’s not bad either. Heck, Splatterhouse and the Rolling Thunders alone are fantastic additions. And honestly, they’re games that you just don’t see reprinted all that much. I don’t think the latter two are even on the Wii U’s VC, though I might be wrong.

You have a really nice set for Switch owners here, when you throw in the rest, which are pretty much all arcade classics. Especially those who might be looking for something to supplement Nintendo’s big first-party releases this Summer.

Namco Museum is hitting right at that mark in the Summer too, where things start to get a little… dull for video game fans. It’s scheduled to release on July 28th.

Jason's been knee deep in videogames since he was but a lad. Cutting his teeth on the pixely glory that was the Atari 2600, he's been hack'n'slashing and shoot'em'uping ever since. Mainly an FPS and action guy, Jason enjoys the occasional well crafted title from every genre.
@jason_tas
Previous Mutation Nation (Neo Geo) Retro Review
Next Mega Man MUSCLE hitting this month from Super 7, up for pre-order