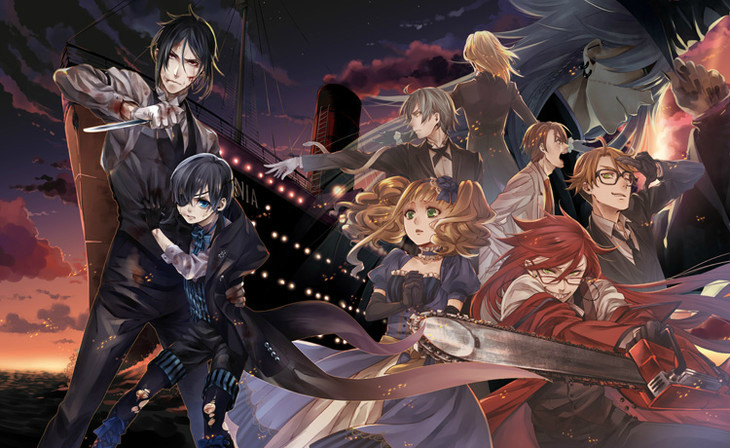 Ciel Phantomhive and his otherworldly servant Sebastian return for high seas adventure in “Black Butler: Book of the Atlantic,” a fun but flawed animated film. 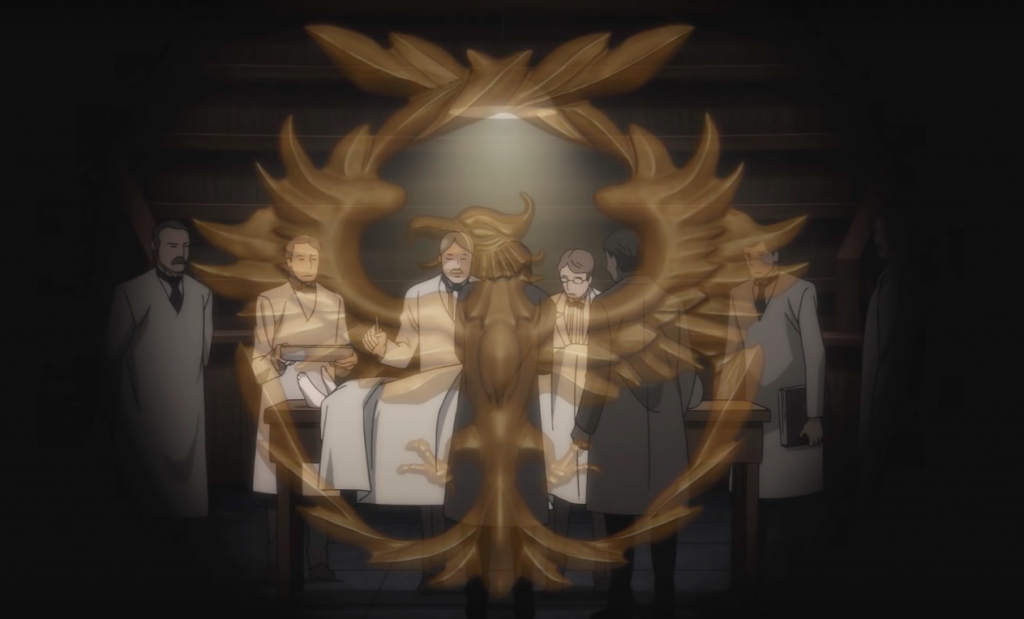 During a meeting with his old friend Lau, Ciel learns that a secretive group called the Aurora Society have kidnapped dozens of people from local ships and docks. Not only that, but they’ve done so to experiment on them in the hopes of resurrecting the dead and gaining immortality. Aware of the dangers this brings, he, his demonic butler Sebastian sneak aboard the ship Campania, said to be where the society will hold a demonstration of their successes.  They, with the help of some friends, aim to find proof of the Society’s actions and save the people of England from their plans.

Of course, it wouldn’t be “Black Butler” if something didn’t throw things off the rails. The demonstration quickly turns into a bloodbath with the resurrected test subjects going berserk. Ciel and his friends find their investigation turned into a race for survival to escape the ship before death’s reapers takes them all. 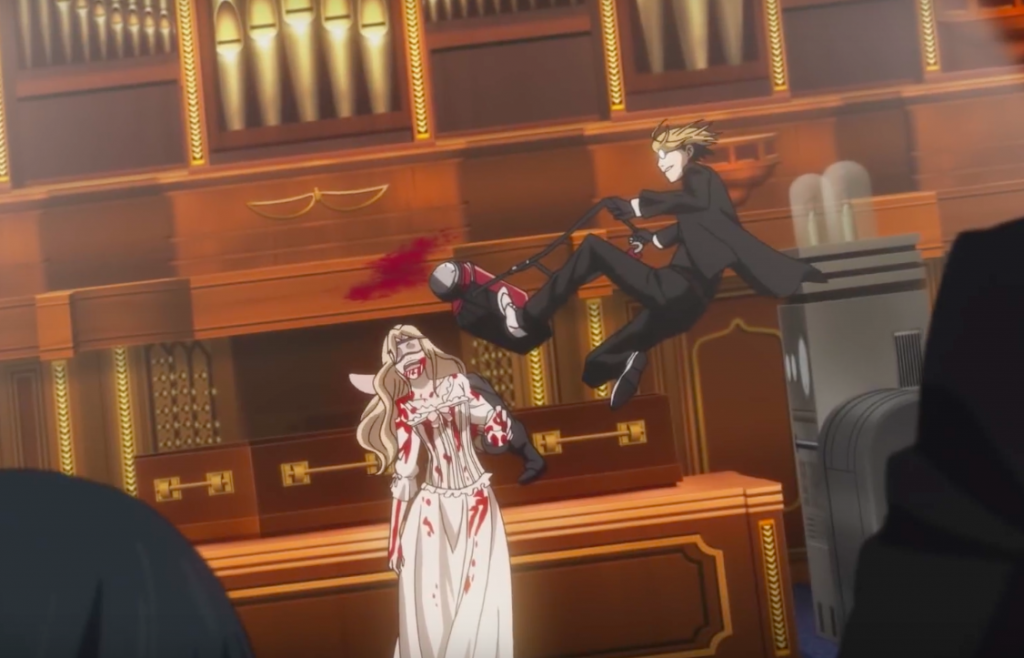 It’s a pretty crazy setup, but “Book of the Atlantic” manages to pull it off quite well. Moments of seriousness and horror are offset by well timed comedy and ridiculous set pieces. One moment, zombies will be tearing apart crew members and main characters will fight tooth and nail to fend them off; the next, two grim reapers will parody “The Titanic” before cutting down undead with a chainsaw and a lawnmower.

It carries on the spirit of the series and keeps the story interesting, which is good considering some of the characters are so two dimensional. Aside from some quirky comedy moments, the members of the Aurora Society never progress much past their archetypes. Even by the end, the arrogant scientist is still arrogant, the deceptive trickster is still deceptive and so on.

Luckily, the protagonists receive some great character development that builds on who they are and why. In particular, Sebastian and Ciel’s relationship is further fleshed out, revealing why Sebastian protects his master so fervently even past their soul binding contract. 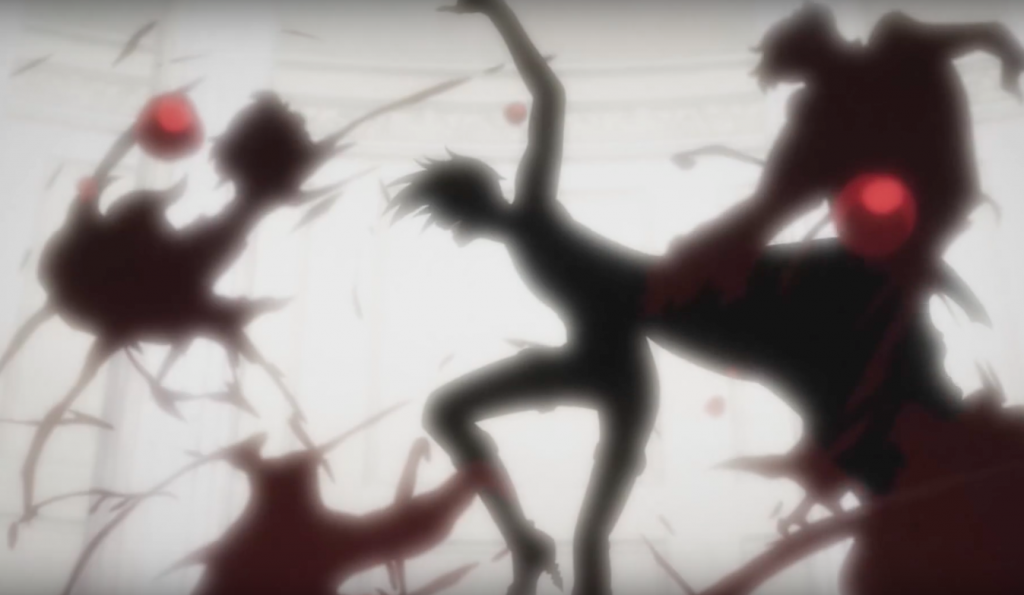 The sound work for the film is top notch. Both the Japanese and english dubs boast great performances, with many voice actors returning to reprise their roles from the anime series. The soundtrack is also well handled, matching the mood even with the quick switches between comedy, horror and action. Japanese rock band SID also returns with a new end credits song, titled “Garasu no Hitomi.”  The track matches the emotion of the show’s first opening quite nicely and is a great treat for fans of the other songs the band has produced for the show.

Finally, there’s the animation, which unfortunately is the most glaring flaw of the film. While is certainly works well enough and doesn’t have any deal breaking issues, it’s about the same quality as the regular series. Details like poorly animated faces or stilted movements worm their way into scenes, made that much more distracting by the different format and extended length. It won’t distract from the overall experience too much, but it is unfortunate that A-1 Pictures couldn’t go all out to help the film’s looks keep up with it’s other elements.

Despite it’s short comings, “Black Butler: Book of the Atlantic” is a welcome addition to the the series’ animated works. It’s fun, it’s bloody and it captures the spirit of the original anime to a tee. Fans new and old won’t want to pass up this film.

Fans new and old will find plenty to enjoy in this cinematic extension to the "Black Butler" series.

Keenan McCall is a journalist and writer with a passion for animation. From video games to anime, anything that sets art in motion will get him talking and writing nonstop.
Previous Rapture (Comic) Review
Next Sonic Adventure (Dreamcast) Retro Review