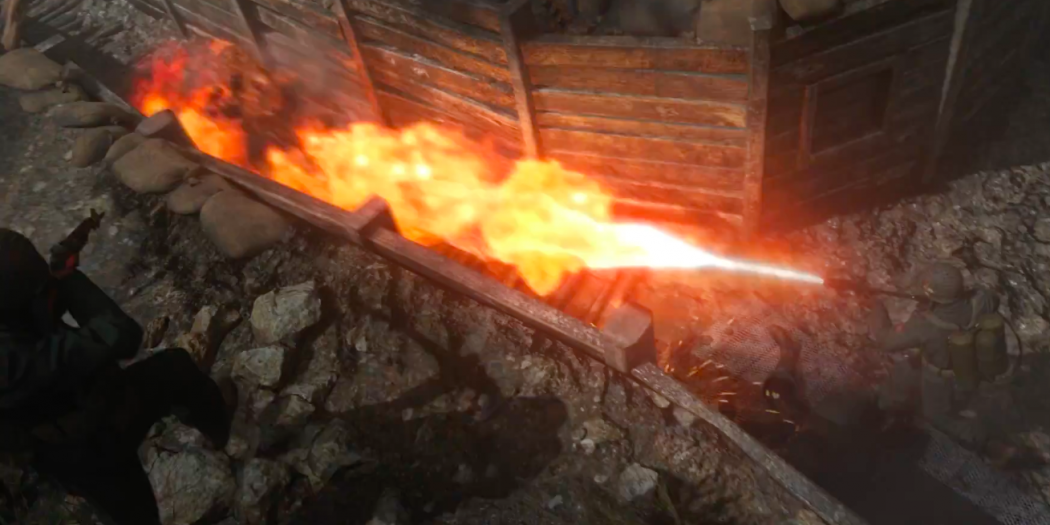 Sony unveiled a new multiplayer trailer for the next entry in the “Call of Duty” franchise, and it was heavy on the gore.

The trailer kicks off with a list of different locations players will fight their way through, jumping from trenches into bombed out streets besieged by tanks. From there, the game showcases different types of combat players will take part in including close quarters melees and frantic fire fights. All the while, limbs and blood are sent flying.

Those who preorder the game for PS4 will receive access to the exclusive pregame beta on Aug. 25. The game is set to release for PS4, Xbox One and PC Nov. 3.

Keenan McCall is a journalist and writer with a passion for animation. From video games to anime, anything that sets art in motion will get him talking and writing nonstop.
Previous Shadow of the Colossus remake announced for PS4
Next Sony unveils new God of War trailer