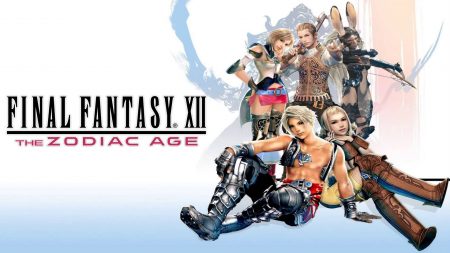 SQUARE ENIX® released a new FINAL FANTASY® XII THE ZODIAC AGE™ trailer that focuses on the Gambit System, the ground-breaking combat system which utilizes customizable AI “gambits” to let players to adapt to any situation during battle. Players can also freely develop their characters and tactics with the all-new Zodiac Job System, which allows each character to battle as two of 12 unique and beloved jobs.

A breathtaking new artwork from acclaimed environmental artist Isamu Kamikokuryo was also recently revealed, heralding the return to the world of Ivalice with FINAL FANTASY XII THE ZODIAC AGE.

The Gambit System Trailer is available on YouTube: here.

A fan of media on multiple platforms, I am always watching or playing something! Who knows what I will be on to next?
@mackeyp42
Previous The Flash Finish Line S3 E23 (TV) Review
Next Play FALLOUT 4 Free This Weekend