Seasons After Fall (Xbox One) Review

It seems like “artsy” platformers release pretty often in 2017.

The most recent of these comes to Xbox One and Playstation 4 on Tuesday, May 16. Seasons After Fall follows a spirit of some manner as it works with seeds and guardians of the seasons to bring about the ritual of seasons and save the sacred forest. The premise is about as “artsy” as a premise could be. The art style is gorgeous, and again, artsy. Seasons After Fall shows us that while a game is portrayed and perceived as artsy, it can still have deep and challenging gameplay.

The premise of the seasons:

The game begins with the player taking control of some type of spirit as it rises through the ground to burst forward in light. A 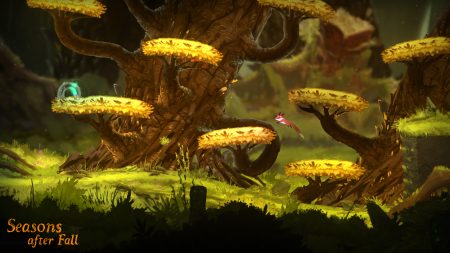 disembodied voice alerts you that you are a seed and you must collect the fragments of the seasons to perform the ritual of the seasons.

And there is the premise of the game.

As the player collects the four fragments, it gains the ability to manipulate the seasons. Winter freezes puddles and geysers instantly, while spring makes rain fall. Each season has its uses practically, but they also change how the game looks.

The game consists of traveling throughout the sacred forest and solving puzzles using the powers of the seasons. The puzzles are never unclear about where the player should be going in terms of thought, but still leaves things for the player to discover.

There are small creatures the player can employ throughout the campaign, adding depth to the mechanics which appear very simple from the onset.

In terms of gameplay, Seasons After Fall is about as simple as a game can be. Including the analog sticks, there are four buttons being used at any given time: Run, jump, bark and shift seasons.

The game is simple in terms of controls, but the puzzles add all of the complexity that the game needs. Sometimes you need to make it Autumn so that mushrooms can grow, Winter so puddles will freeze over or Spring so you can raise the water level of a pond. Each season has a use. When you finally figure out a tough puzzle, the feeling is pure satisfaction.

The simple gameplay transfers to a simple plot, as well. Although there is more to the plot than simply collecting fragments and playing with seasons, there is not too much there.

Some might consider that a problem, but for a game with as much whimsy and beauty as Seasons After Fall, that can be excused. The voice acting tells a story, but it is not much deeper than the puddles in the forest of the game.

The presentation within Seasons After Fall is by far the absolute best part of the game.

The graphics look like hand-painted watercolors. The forest comes to life with each step that the player takes as the fox. Every guardian of the seasons is realized with a sleepy reality. It is pretty tough to describe just how good the game looks in motion, but maybe I can put it this way: the game looks better than The Legend of Zelda: Breath of the Wild.

It does so on a two dimensional plane, though, so maybe that has some impact. The foreground is beautiful, while the background is visible, but blurred. This put me off at first, but the more I played, the better off I was for it. The blurred background makes sure the players do not mistake the planes.

The music is another incredible point in the “pro” category for Seasons After Fall. The music is done entirely with string instruments. The soundtrack fits the game perfectly at every junction and never oversteps its bounds. There were no points at all that I can remember where I wanted the music to stop, even when I was stuck on a particular puzzle. 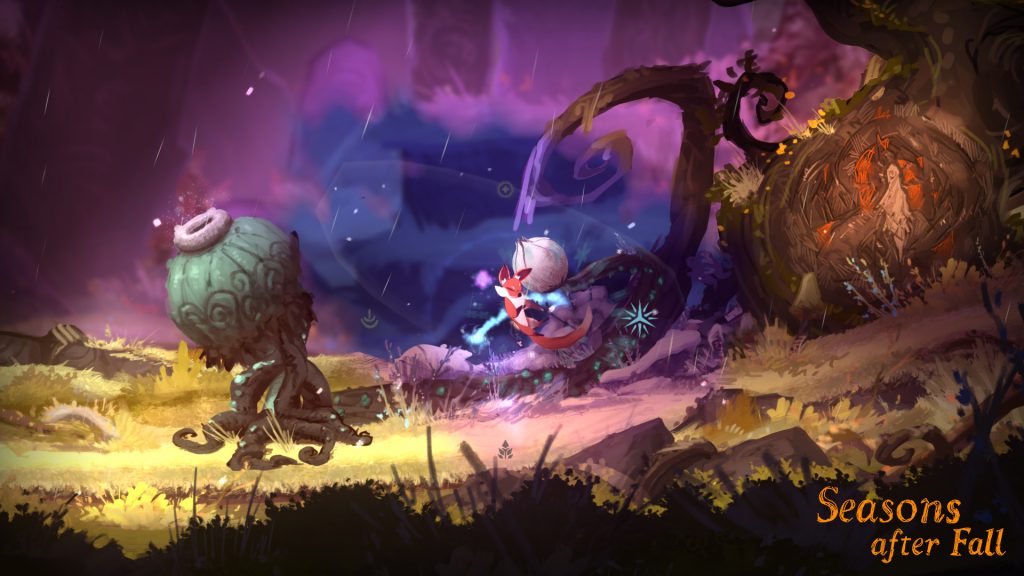 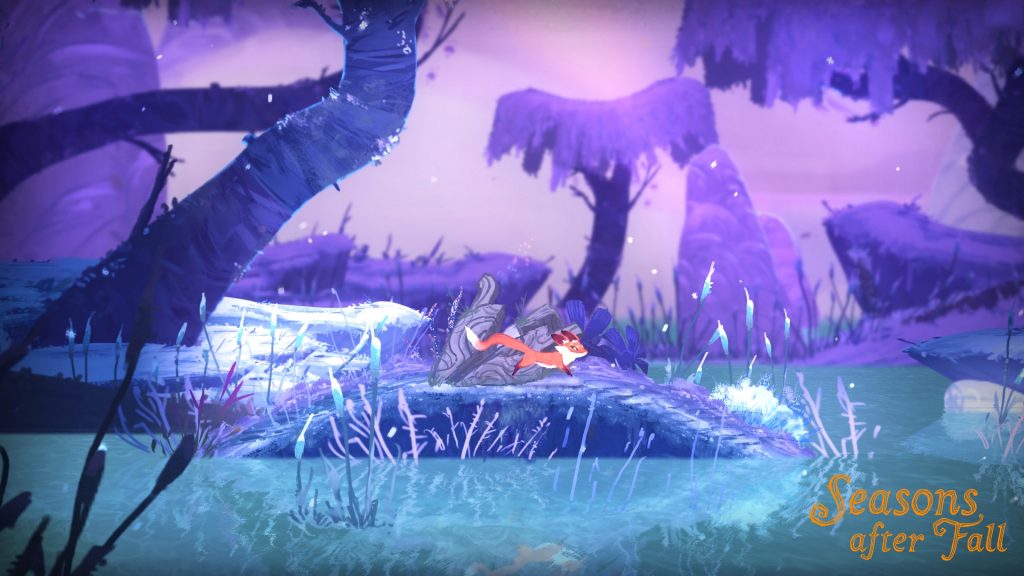 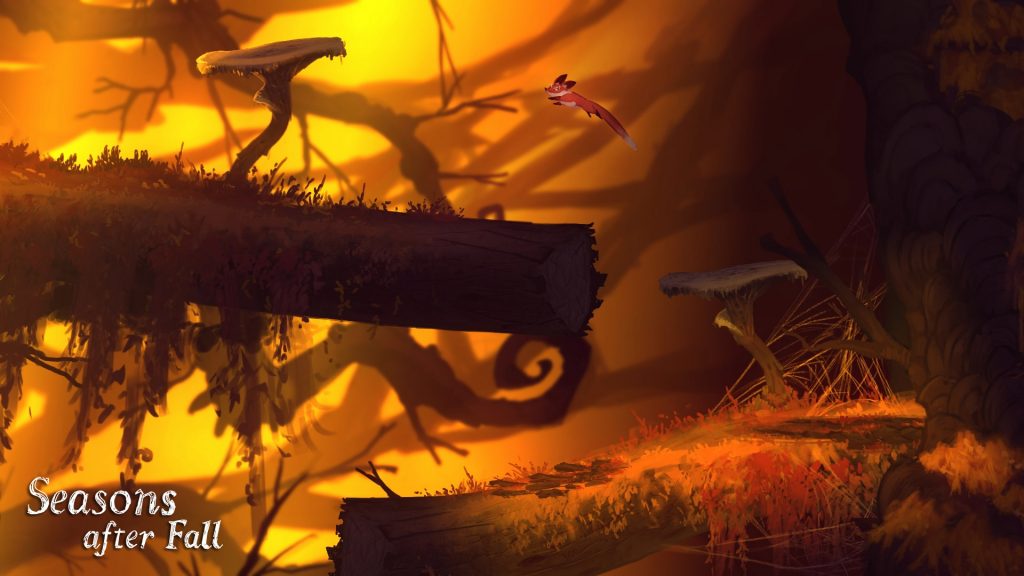 Seasons After Fall is a simple puzzle-platformer.

At its worst, the game is mildly frustrating because you are unable to figure out exactly where the next puzzle piece is. At its best, it is a beautiful ride where the player is a passenger, not the actor.

There was one instance where a puzzle had no discernible solution, but it is entirely possible I simply missed it. I used a screenshot to solve that puzzle. Otherwise, every puzzle was approachable and as whimsical as the tale of the seasons.

Seasons After Fall is a competent puzzle platformer with an incredible presentation. The story and overall premise is fine, but if you are playing this game, you are probably doing it for the beautiful aesthetic and music.

Erich was introduced to gaming by his grandfather before he could walk. Since then, he has grown up loving Nintendo and most games in general. He couples his love of videogames with journalism to cover news, provide reviews and tell it how it is in the gaming world.
Previous Injustice 2 arrives today with new music video/launch trailer
Next Resident Evil Revelations coming to PlayStation4 and Xbox One