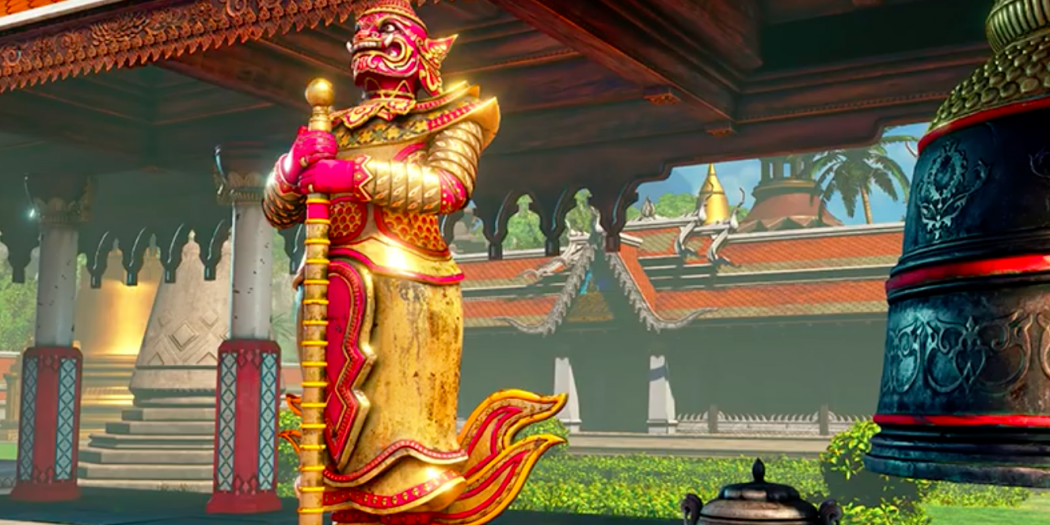 The new DLC for Street Fighter V has been temporarily pulled due to unintended religious references. The stage will be returned at a later date.

In a statement made by Capcom April 26, the company announced they would be temporarily removing the Thailand Temple Hideout, released April 25, from online markets. The pull is due to religious references accidentally included in the stage’s music and the stage will be available for purchase once again after the tracks are changed.

The full statement is as follows:

It has come to our attention that part of the background music track used in the DLC Thailand Temple Hideout Stage, released on April 25, 2017, contains unintentional religious references. Capcom has therefore immediately ceased distribution of this DLC and, as a temporary measure, will be performing an emergency server maintenance update in the very near future to remove this track by replacing it with existing music from another stage. Details of the timing of this update will be provided via the @SFVServer Twitter account.

Users who have already downloaded this DLC will still be able to use it and, once the emergency maintenance update is complete, will have the replacement music as well.

An edited version of the Thailand Temple Hideout Stage background music will be released at a later date.

The Street Fighter V development and operations team, as well as all of us at Capcom, have nothing but the utmost respect for all faiths and religions around the world, and we would like to sincerely apologize to anyone who was offended by this content.

Keenan McCall is a journalist and writer with a passion for animation. From video games to anime, anything that sets art in motion will get him talking and writing nonstop.
Previous Nintendo reports strong sales, projects profits leading into new period
Next Atlus eases Persona 5 streaming limits, apologizes for original post