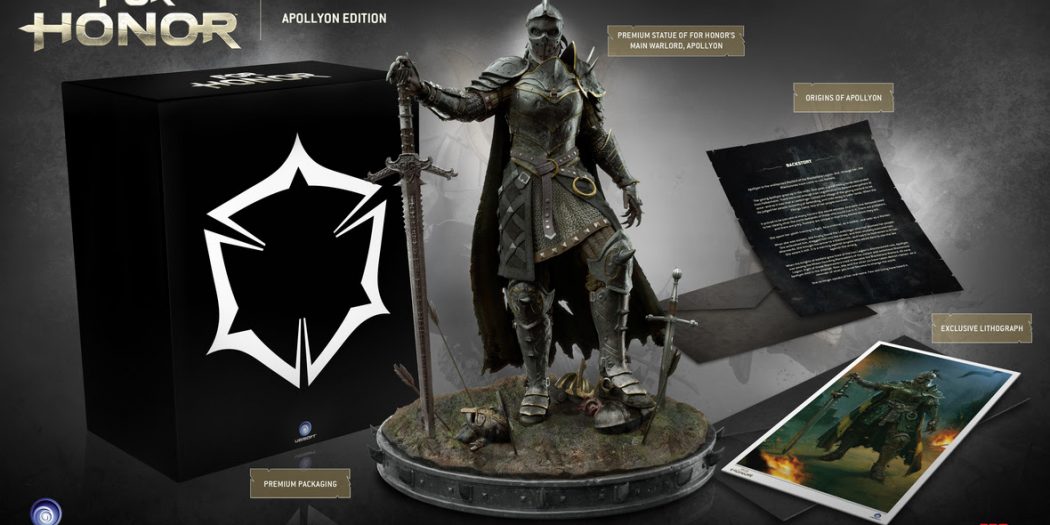 Ubisoft’s knight-combat game For Honor will be getting a collector’s upgrade with the Apollyon Edition, courtesy of Project TriForce.

TriForce has become a name in Collector’s Editions as of the last few years. Starting out as a replica-maker, they’ve had their work included in games like Batman: Arkham Origins and Doom, to name just two.

And their latest will be none other than Ubisoft’s For Honor. A medieval battler, For Honor allows gamers to play as the soldiers of centuries past. Knights, samurai, and vikings all are included, and you’ll play as them across “lush, challenging battle maps”.

Personally, I haven’t seen a lot of the game in action, but from what I have had a peek at, it looks pretty cool. And it’s a great era that Ubi has set the game in, no arguing that. As for the special edition, well it’s looking pretty nifty too.

At the center of it is, of course, a super-detailed statue courtesy of TriForce. Have a look below at the full contents. For Honor is available now for pre-order on the Xbox One and PS4, and will hit the shelves on February 14th- how romantic!

The For Honor Apollyon Edition will include: