One of DC Comics’ deadliest villains, Deathstroke is about to crash into Mezco’s excellent One:12 Collection.

The man known as Deathstroke

Not only is Slade Wilson one of the biggest characters in the new ‘Rebirth’ era of the DCU, but he’s also about to become a movie star. Word is that the character will appear as the main villain to Ben Affleck’s Batman in the upcoming ‘The Batman’ motion picture. So really, he’s kind of exploding. And that makes him a great choice for Mezco to add to their One:12 Collection of action figures.

The figure is what you’d expect from One:12, meaning tons of detail, terrific poseability, and a top notch sculpt. As Slade is featured both with and without his mask in the comics, this version of him includes both masked and unmasked heads (or, portraits).

At a little over 6″ in height, he’ll be ready to take on the rest of the One:12 line on your shelf sometime this Summer. Click here to pre-order him, or scroll down for full details and some more shots.

THE ONE:12 COLLECTIVE DEATHSTROKE

A military man, Slade Wilson was recruited into the special ops unit Team 7, where he participated in highly dangerous classified missions. There he underwent an experimental procedure that granted him enhanced speed, strength and intelligence, effectively making him the world’s greatest soldier.

Following the disbandment of Team 7, Slade became Deathstroke, a mercenary-for-hire. He quickly became known in the criminal world as the man to call when you want to make sure the job will get done. Deathstroke continuously pushes himself further and further with an unwavering focus on getting the job done no matter what it takes, no matter how ruthless, deadly or manipulative he must be. He is, without question, the world’s greatest assassin and one of the most feared people on the planet. 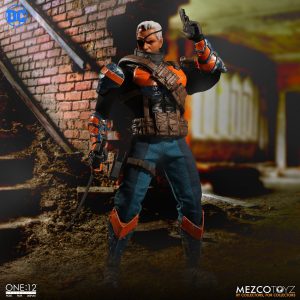 THE ONE:12 COLLECTIVE DEATHSTROKE FIGURE FEATURES: 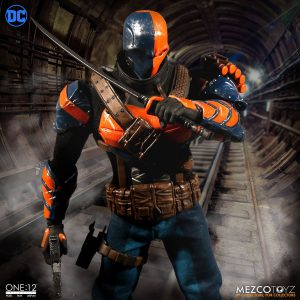 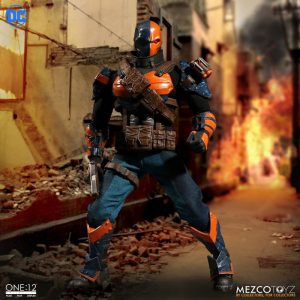 Each figure is packaged in a deluxe, collector friendly box, designed with collectors in mind there are no twist ties for easy in and out of package display.

Jason's been knee deep in videogames since he was but a lad. Cutting his teeth on the pixely glory that was the Atari 2600, he's been hack'n'slashing and shoot'em'uping ever since. Mainly an FPS and action guy, Jason enjoys the occasional well crafted title from every genre.
@jason_tas
Previous March is Venom month at Marvel
Next Eternal Descent: Loki #1 (comic) Review