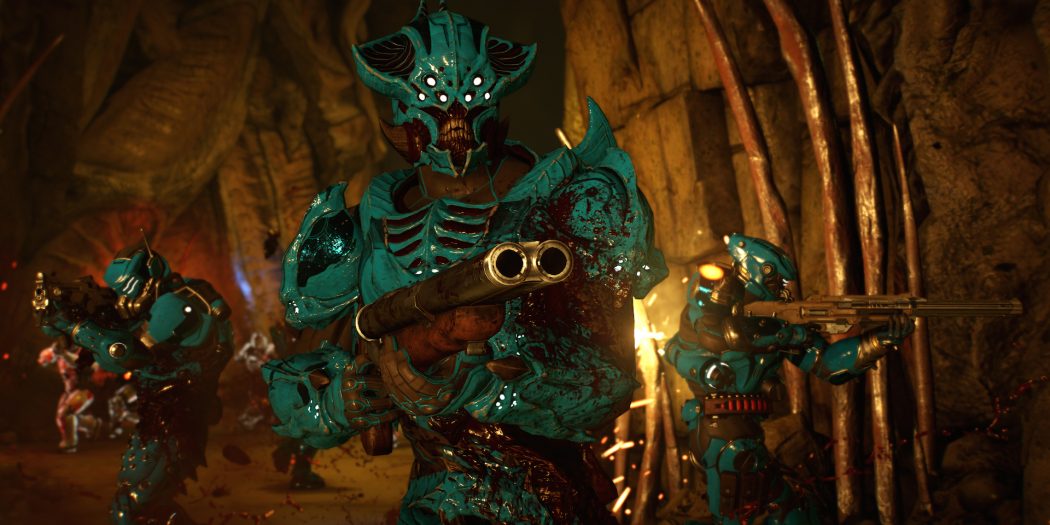 Return to Doom’s multiplayer and Snap Map modes with all new features and unlockables.

Continuing the nice little track of free Doom content downloads is this fifth delivery. And there’s quite a bit in this pack too, so you get a good deal of hell added into your copy of Doom for zippo in the cash department.

A new mode adds a bit of sporting good fun to multiplayer, along with a raise in the level cap and the ability to battle bots. As for Snap Map, creators and players can look forward to playing with more campaign elements and locations. That’s not all though, as you’ll also be (finally) able to play as the Doom Marine himself.

But wait, there’s more! While this free fifth update is available right now, also coming up is the last DLC pack – Bloodfall.

Included in that, you’ll find the ability to play as the sneakiest of demons, the Specter. And, of course, it goes without saying that there will be new maps as well – three of them. The pack hits on the 15th of this month (December).

Oh, and to celebrate all these new additions -you guessed it- Bethesda is having a Double XP weekend. Starting “later this evening”, the Double XP will run through the 12th (Monday) at 12pm eastern time.

Jason's been knee deep in videogames since he was but a lad. Cutting his teeth on the pixely glory that was the Atari 2600, he's been hack'n'slashing and shoot'em'uping ever since. Mainly an FPS and action guy, Jason enjoys the occasional well crafted title from every genre.
@jason_tas
Previous Conan Exiles coming to Xbox One and PC in 2017
Next The Flash The Present S3E9 (TV) Review