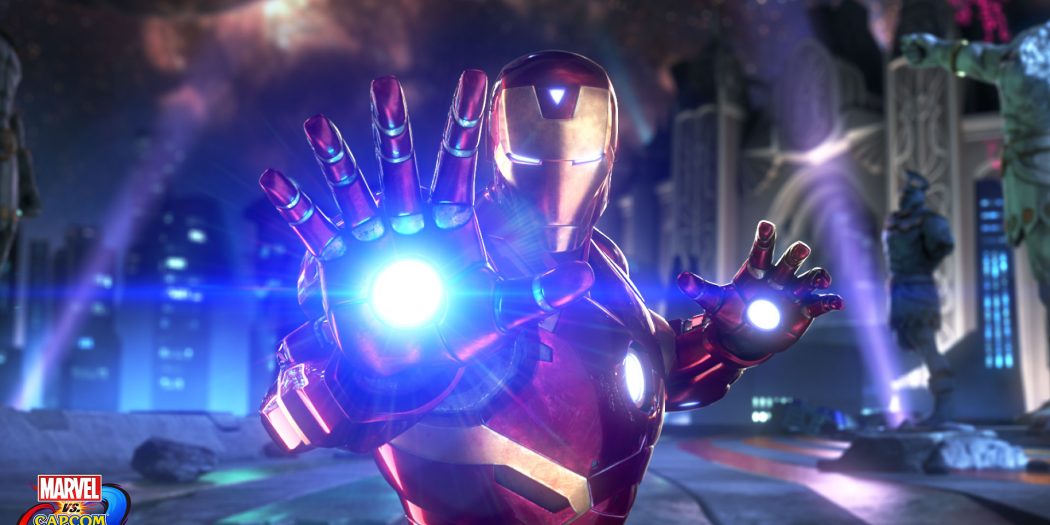 Round… Infinite – FIGHT! Marvel vs Capcom returns for another bout on consoles and the PC.

“For the last two decades, Marvel vs. Capcom has been one of the most celebrated franchises among fans,” said Mike Jones, Executive Producer, Marvel Entertainment. “To deliver on that legacy, we’ve worked closely with Capcom to create a game that honors the heritage of the series and combines Marvel’s unique brand of storytelling with Capcom’s world-class gameplay. We’re raising the bar with Marvel vs. Capcom: Infinite and are excited for players to get their hands on it next year.”

I’m sure players will just as anxious to play it, thanks to the series being one of the marquee fighting franchises in video games. And this new row will have quite a bit to differentiate it from what’s come before. Yes, it might look similar to Marvel vs Capcom 3, but this time you’ll get to play with the most powerful weaponry in the Marvel U – the Infinity Stones.

We don’t have much info on them, but it looks as though the stones will be something like power-ups, allowing players to harness their supernatural abilities for a short time. Pretty cool. Also cool are the new characters, so far confirmed.

As you can see here, Captain Marvel will be joining the fight alongside Mega Man X. This’ll be the first fighting game appearance for both heroes. And as you can see here, returning once again will be Iron Man (natch’) and Ryu. In addition, we also know that Morrigan from Darkstalkers and Captain America (Steve Rogers) will be in the game. So there are six pretty heavy-hitters right there.

One thing that has been circulating though, is that there won’t be any X-Men characters in the game. That’s… distressing for an X-fan like me. Wolverine and Magneto are two of my favorites, so to see them go would be aggravating. Not that it’s definition any way, so there’s nothing to get ticked about… yet anyway.

Capcom says that they’ll be releasing much more on the game in the months to come, of course. So make sure to keep watching the roster updates for your favorites. Or, you know, lack thereof.

Jason's been knee deep in videogames since he was but a lad. Cutting his teeth on the pixely glory that was the Atari 2600, he's been hack'n'slashing and shoot'em'uping ever since. Mainly an FPS and action guy, Jason enjoys the occasional well crafted title from every genre.
@jason_tas
Previous Jingle Cells, Jingle Cells: The Escapist Gets Free Festive Map
Next Transformers: The Last Knight teaser arrives