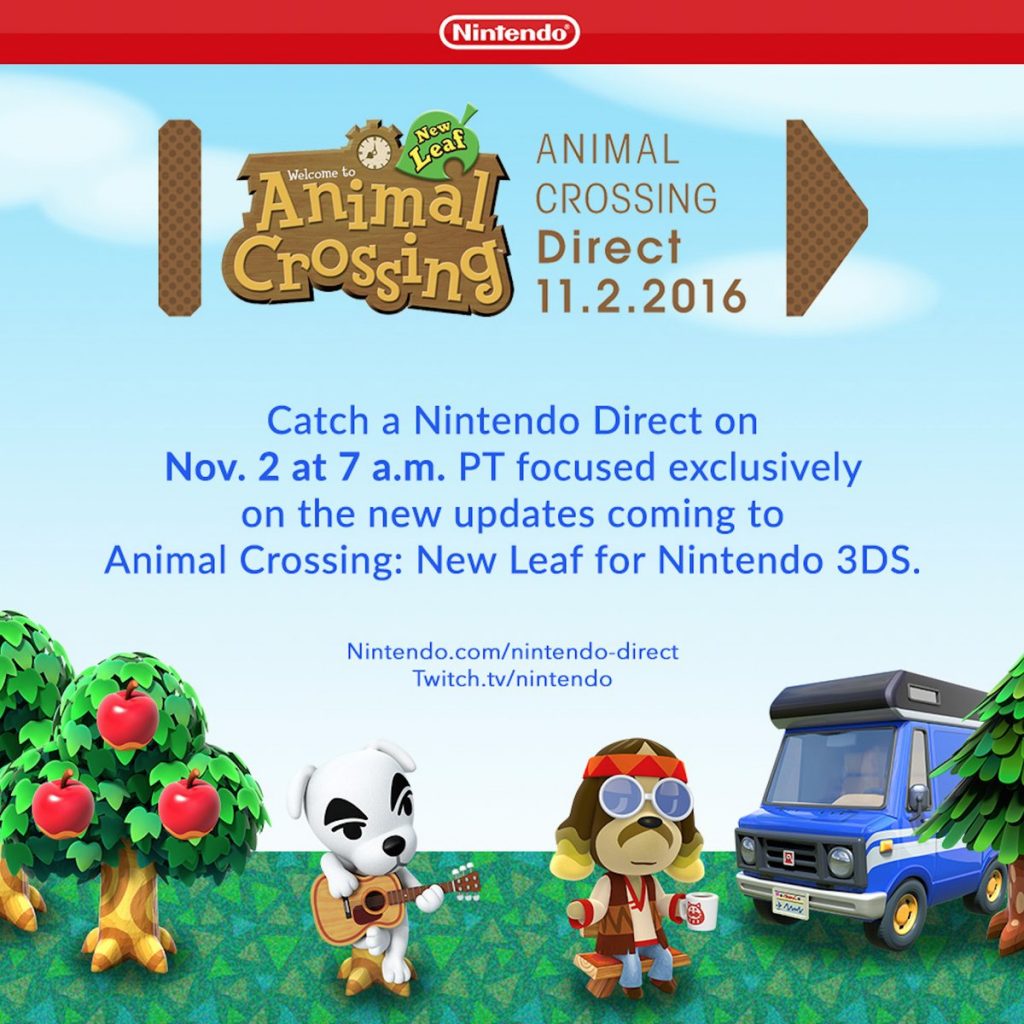 As promised earlier in the year, Nintendo is dropping an Animal Crossing Nintendo Direct tomorrow, November 2, at 7am PT.

The new Direct will no doubt talk about how amiibo will add to Animal Crossing New Leaf, including both the plentiful cards (you may have bought some with Happy Home Designer, which we found an intriguing experiment that hopefully will effect the series going forward) and the amiibo figures themselves (which are at this point plentiful and often inexpensive, so far as the Animal Crossing characters are concerned).

Nintendo has already announced that Animal Crossing: New Leaf’s update will launch with a new physical edition, with the subtitle, “Welcome amiibo.”

The content will be available as a free update, and no doubt tomorrow we’ll find out when.

If you haven’t jumped onto Animal Crossing: New Leaf yet, just remember: as a Nintendo Selects title, the game’s MSRP is only $19.99.

Catch the Animal Crossing Direct tomorrow at 7AM PT here.

Brutal Gamer's Nintendo Editor began his gaming life a little late- at five years old. But he's made up for it in the two decades since, gaming and writing about gaming with the same passion, fervor, and unrelenting love as his five-year old self.
Previous Green Arrow takes aim in new Icon Heroes paperweight
Next Croagunk Joins Pokken Tournament at the Arcades