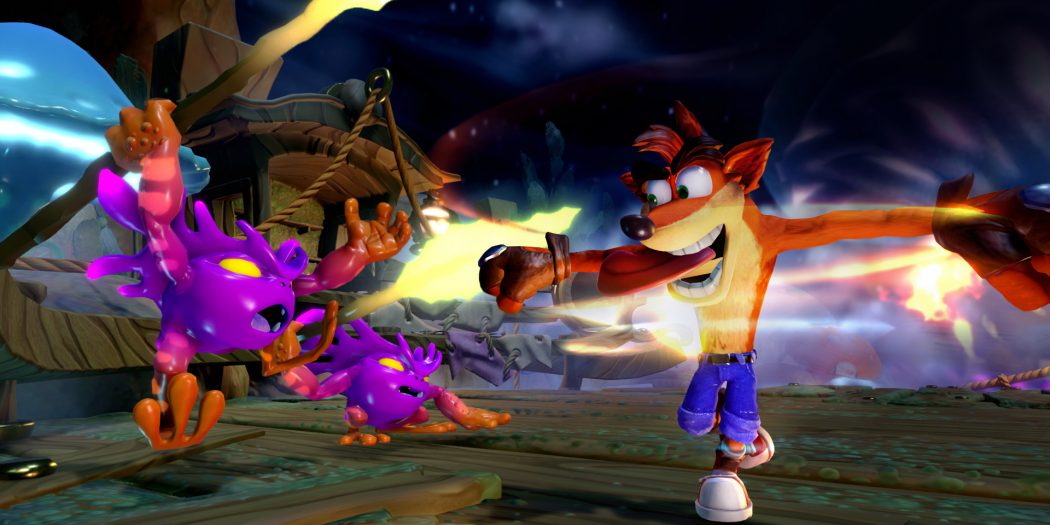 Home / News / Crash Bandicoot is 20, and rolling into Skylanders soon

Crash Bandicoot is 20, and rolling into Skylanders soon

Once Sony’s unofficial mascot for the PlayStation, it’s hard to believe it’s been a pair of decades since Crash Bandicoot made his debut.

Honestly, and I know people tend to say this a lot, but it feels little yesterday that Crash debuted on PSOne. A 3D platformer from a little studio called Naughty Dog, Crash ushered in a new era for the genre.

The original Crash Bandicoot was colorful, inventive, loaded with personality, and played great. Simply put, it was tons of fun. The sequels were decent too, and even the carting spinoff was a pretty good time, though the original was the biggest standout. And uh, we won’t get into the later games that saw release under the Activision banner. They were okay, but nothing too special.

The video that you see above is actually from his latest appearance, yet to be released. It’s not a solo game however, but the nest installment in the super-popular Skylanders series. 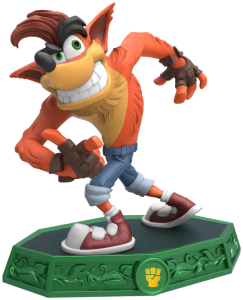 We’ve already talked up Skylanders Imaginators quite a bit here on BG, and that includes Crash’s part in it. But if you haven’t been following along, Crash Bandicoot is indeed a playable character in the game.

If you know Skylanders at all, then you know that by that I mean that you’ll have to have the (real world) Crash figure in order to ‘bring him to life’ in the game. It’s actually not a bad deal though, since the figures are nifty in general and Crash looks cool.

As for the in-game content that you get with him, it’s solid if not extensive. True, you do get to play as Crash throughout the game (as well as Neo Cortex) if you have the figure. So it kind of is a Crash adventure, if you want to look at it that way. Thing is though, while the story of Crash’s involvement does include his island home from the original titles, you only get one level to play through with that flavor.

I’m not totally sure if it’s even supposed to be taking place on the island or if it’s just a section of Skylands that looks like it does. Still though, it’s not bad, and it does scratch that nostalgic itch.

Aku Aku to the future

So while that’s all well and good, where does Crash go from here? Well, he’ll be starring in a series of remakes, that we know for sure. Activision will be re-releasing the original three Crash Bandicoot games with all new graphics. And while those aren’t ‘new’ games in the series, they should make fans pretty happy.

As I mentioned, I’m a pretty big Crash fan myself, and I’m really looking forward to seeing what they have in store. Though, we might have a while to go before that happens. Activision hasn’t set a firm release date for any of the three titles as of yet, but I’d think you could probably expect something in 2017.

Right now though, that’s about it for the marsupial hero. There’s nothing new on the table outside of Skylanders Imaginators and the remakes, and that seems like a waste. Crash is a proven franchise, and if the series were to go back to its roots, I have no doubt that there would be plenty of sales to be had. 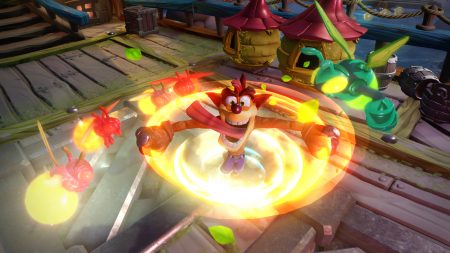 Of course, there’s also the possibility that Activision is testing the waters here with these announcements. This isn’t based on anything, but maybe there is a new Crash title in early development, or on the drawing boards in the conceptual stage…

If that’s the case, then fans might want to voice their opinions that they’d like to see a dedicated, new game with the character. There’s always the chance that Activision’s listening, and if they are, then that’s exactly what they’d want to hear.

For now though, Crash will be celebrating his 20th with that Skylanders appearance. Look for it on store shelves when the game hits consoles on the 16th of October.

Jason's been knee deep in videogames since he was but a lad. Cutting his teeth on the pixely glory that was the Atari 2600, he's been hack'n'slashing and shoot'em'uping ever since. Mainly an FPS and action guy, Jason enjoys the occasional well crafted title from every genre.
@jason_tas
Previous Forty Hearthstone Cards to be Banned in Arena
Next Midnighter and Apollo #1 (Comics) Preview