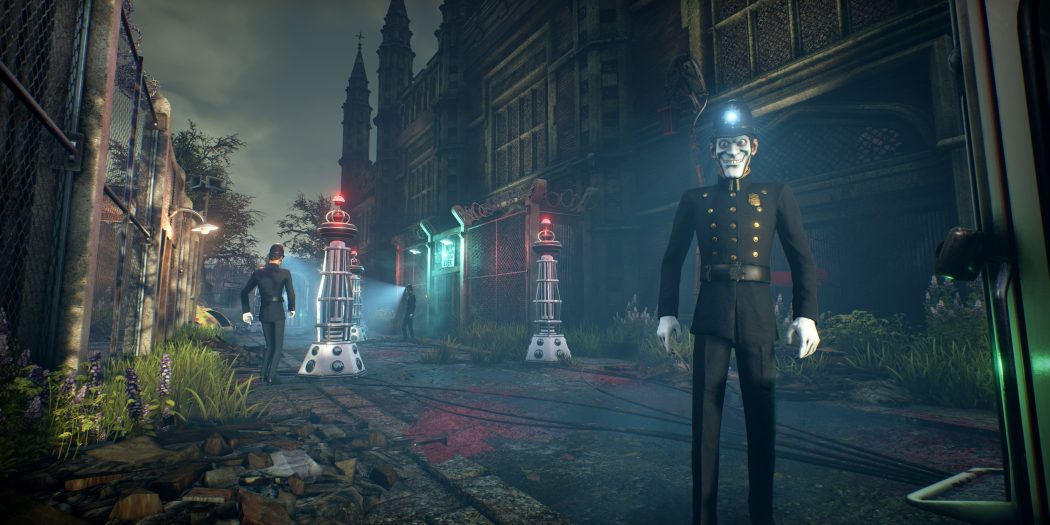 We Happy Few is a highly-anticipated survival game in a drugged-out dystopian 1960’s England arriving next year. Brutal Gamer was given the opportunity to check out a playable alpha.

I had seen the trailer, but did not know just what to expect when I got into the Wellington Wells community. We are shown a glimpse of the world with and without Joy, though the truth is much more extensive. If you are ‘off your Joy’ you will not be allowed through checkpoints and even hunted down. Now you can squeak by without Joy for a while, but it is indeed tricky. Mixing medications and character interaction can play a part here.

Crafting is a huge part of your world, though a lot of what you need is readily available, depending on which district you find yourself. Craft everything from your tools to apparel, and even your first aid kits.

I spent the first five days in-game running around trying to figure out what was going on. Once I got my bearings, and a sense of how the world worked, I felt right at home.

The gameplay is nothing new: run around in a first-person perspective as you figure out how to survive and escape Wellington Wells. Sometimes Uncle Jack can even be helpful, if you don’t mind some of his ramblings.

Now as this is an alpha, we are not shown all the details. Several character’s stories were not available, so I look forward to seeing what they add to the mix. In addition, encountering glitches and crashes is never fun, but in this early stage, they are acceptable. Compulsion Games has an amazing title on their hands, and I can’t wait to see how they wrap up this hallucinogenic project with a big trippy bow.

We Happy Few is currently in early access on Steam.

A fan of media on multiple platforms, I am always watching or playing something! Who knows what I will be on to next?
@mackeyp42
Previous Transformers – The Movie turns 30 years old with 4k re-issue
Next Transformers: Fall of Cybertron hits Xbox One | Edit: PS4 too!