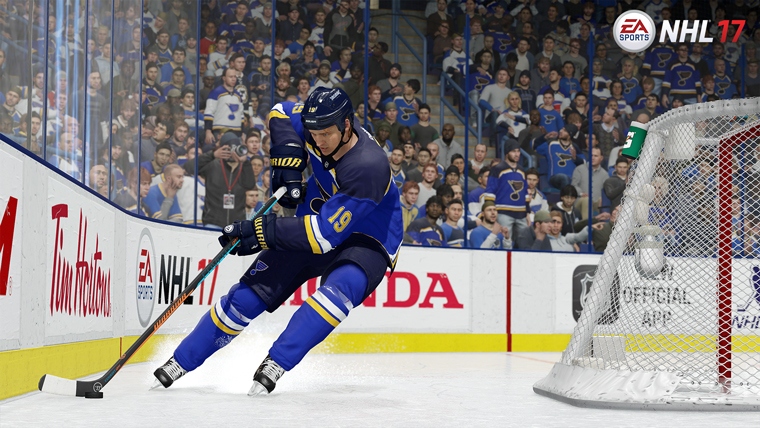 Get a good look at EA’s NHL 17 in action with this new gameplay footage.

I’m not much of a hockey fan (unless you count Ice Hockey on the NES), but even I can appreciate how good EA’s NHL series looks. The game looks better every year visually, and this year’s edition will bump up the control as well.

EA promises that you won’t just find tweaks to the controls, but also new features. Hockey fans will be able to also enjoy “authentic goalies, reactionary save intelligence, all-new net battles and dozens of new goal celebrations”. So there’s a lot of ‘new’ here, and that’s a good thing.

All kidding about ‘yearly updates’ aside, EA is the only game in town for almost any sports sim. Usually, that’s a bad thing. Actually, almost universally that’d be a bad thing, but the publisher seems to stay pretty up on improvements. NHL 17 alone seems to have a bunch, so they’re not just resting on laurels, or counting on people buying roughly the same game year-in and out.

If you are a devotee of the sport, chances are that you’ll appreciate all of that. NHL 17 hits consoles on September 13th. Click here for much more on ‘Controlling the Ice’.

Jason's been knee deep in videogames since he was but a lad. Cutting his teeth on the pixely glory that was the Atari 2600, he's been hack'n'slashing and shoot'em'uping ever since. Mainly an FPS and action guy, Jason enjoys the occasional well crafted title from every genre.
@jason_tas
Previous SDCC 2016: DC goes big with Squad and Wonder Woman
Next System Shock Kickstarter Reached and Expanded