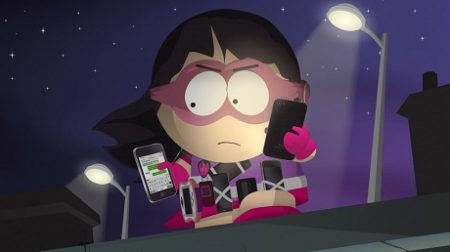 South Park co-creator Matt Stone revealed that players of South Park: The Fractured But Whole will have the option to play as a girl. Moreover the game world reacts to the well-known New Kid being a girl. “In Stick of Truth we got halfway through the game… Then someone’s like, ‘What if you want to be a girl?’  This time, we obviously wanted to add that,” explained Stone in an interview for Entertainment Weekly.

The story of South Park: The Stick Of Truth relied heavily on the New Kid who was a boy. “We ended up doing those things differently for different characters. It’s been a funny journey to go through. We introduced something that we thought would just be a cool feature,” Stone confirms. The co-creator doesn’t specify how this feature affects the story progression or if it’s just a cosmetic feature in dialogues.

South Park: The Fractured But Whole launches on December 6 this year. Studio Ubisoft San Francisco is in charge of development in collaboration with godfathers of beloved series Matt Stone and Trey Parker.

Being both gamer and writer I strive for better gaming community. I am a die-hard Blizzard fan. I will defend the company to the last breath, but I am not afraid to pinpoint its weak spots. I'd like to be part of Overwatch e-sports team. I can cook ramen, I love coffee and I adore Dante Alighieri and cats.
Previous Breached (PC) Review
Next Pokemon Sun and Moon Steel-Book Edition Announced