Home / Comics / One Night Only – “Batman: The Killing Joke”

One Night Only – “Batman: The Killing Joke”

Who can forget the Joker’s laugh? regardless of which version of the Joker…

Are you are a Batman fan? Keeping an eye on the comic arcs? Then you’ve heard of “Batman: The Killing Joke”. One of the biggest points to this particular storyline, is the tragic origin of the man who would become the Joker. 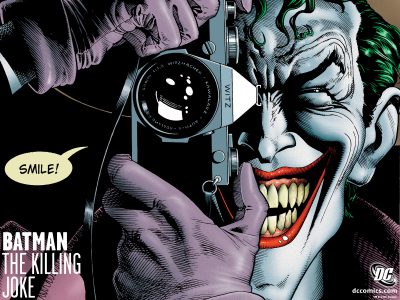 Fast forward to July 2016. Do you have plans for Monday July 25th? Whether you do or not, you may be interested to know that, for One Night Only, a theatrical release of “Batman: The Killing Joke” will arrive in 650 theaters in the Unites States, courtesy of Fathom Events.

Tickets can be found at http://fathomevents.com/event/batman-the-killing-joke/more-info/details

A fan of media on multiple platforms, I am always watching or playing something! Who knows what I will be on to next?
@mackeyp42
Previous Cryptocracy #1 (Comics) Review
Next Steam Summer Sale starts on the 23rd