After launching the Sega Mega Drive Classics Hub on Steam in late April, Sega sold over 350,000 titles in three weeks. 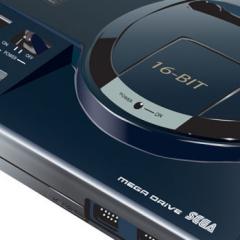 “Mods are a smart way to work with retro content because they may be games that have not been touched in maybe ten years but people still love them,” Schall says.  “If consumers want to find something, it’s not that difficult to go on the internet and try and download it illegally. Whereas I think giving people an opportunity to play games and alter them just reenergises the whole platform.”

Schall says that utilizing the Steam Workshop, Sega was able to retain a bit of control over what was happening with their titles, while giving gamers the opportunity to push the limits:

“We think it’s very important to allow some very smart gamers and community members out there to play within our space and maybe break some of the limitations we had while in development. Allowing them to play and tweak and adjust and maybe fix the game in a way that they want to play just opens up a whole creative process beyond the development team. That’s really something that Sega is proud of.”

For the time being, the Sega Mega Drive Hub has 50 Sega titles to choose from.

A fan of media on multiple platforms, I am always watching or playing something! Who knows what I will be on to next?
@mackeyp42
Previous Hard Reset Redux (Xbox One) Review
Next Impressions from ‘real life’ Jacob Frye, Paul Amos