Stalled out a bit on the production of the second (numbered) game in the series, Dead Island has something new heading to stores anyway… well, sort of. Dead Island Definitive Collection includes the first game and the semi-sequel (Dead Island Riptide) as well as a third, brand-new game, called Retro Revenge that looks like it could be lot of fun. 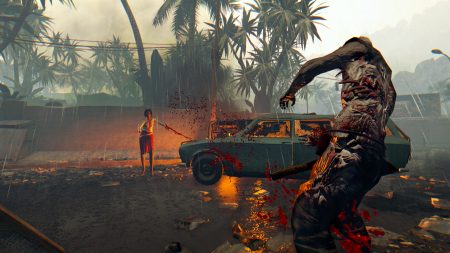 While you won’t see any of that new game in this batch of screens for the collection, you will get a sense of what the games will look like running on current-gen hardware. Though there’s more to this re-release than just that. Aside from the new game included, quite a bit has been added to the DI experience including:

Check out the gallery below for more, and then watch for Dead Island Definitive Collection in stores for the Xbox One, PS4, and PC on May 31st for just $19.99 USD.

Jason's been knee deep in videogames since he was but a lad. Cutting his teeth on the pixely glory that was the Atari 2600, he's been hack'n'slashing and shoot'em'uping ever since. Mainly an FPS and action guy, Jason enjoys the occasional well crafted title from every genre.
@jason_tas
Previous Playstation Plus Games revealed for May
Next 4001 rolls on in Rai #14 this June