Reward your own creativity and patience with the perfect murder in the first Hitman episode. 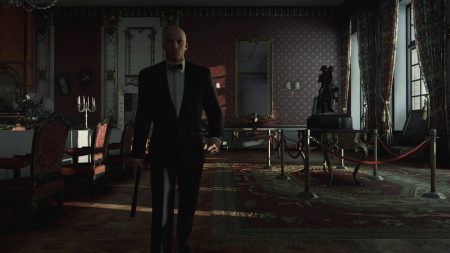 After overhearing a couple of breaking waiters discuss my target’s favorite cocktail, I knocked one out cold, took his uniform, and dumped him into a crate.   I brewed the cocktail when my target came up to the bar, poisoned it, and followed him to the bathroom as he struggled to contain his bowels. I can’t say I’ve ever had the opportunity to drown somebody in the toilet before, and I must say:

It helps that this was an almost perfectly executed plan after my previous assassination of the target was a haphazardly and desperately chucked cleaver that sent everyone into a frenzy and cost me a multitude of points. Of course, even today’s execution went awry when I struggled to stuff the target’s body into the bathroom’s cupboard, and his bodyguard came in to find us in a precarious position.

Still, they both fit, so all was well.

The latest entry in the Hitman franchise for PS4, PC, and Xbox One is an episodic series of sandboxes tied together by intriguing cut scenes, and while only the first one is available for now (for $14.99, or, if you’re really committed, $59.99 for all future releases as well), if it’s a sign of things to come, then then stealth fans can rest easy.

The first pack touts its humongous Paris sandbox, but it does include two other (significantly smaller) tutorial maps. One sees players infiltrating a cardboard cruise ship in order to assassinate an old-school thief suffering new-school woes. The map introduces the core mechanics of the game, including disguises, distractions, tools, challenges and the like, and its small size allows new players (such as myself) to quickly grasp the basic tenants of gameplay loop. The first time you try a map, this means a lot of watching, waiting, and planning. You see where your target goes and when, what he’ll do, who he’ll meet, and which of either he’ll be doing alone. The dozens of opportunities begin to present themselves: every time he takes a drink, every time his associates turn their backs, every time he walks under just about anything, a little light bulb goes off.

I can kill this guy. And more importantly, I can do it and get away without anybody noticing. Hard to believe, initially, when guards are as plentiful (and armed) as they are, when the craft is as crowded and boisterous as it is. But soon those holes, those moments, those opportunities become obvious, and your preying is rewarded.

You detonate your mine. You drop the life raft onto the target. You shoot him in the back of the head while nobody is watching. You slip a drop of poison into his drink and are off the boat before he even hits the deck. 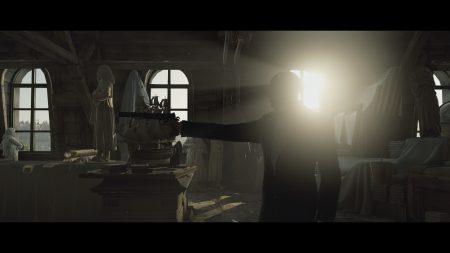 But even Paris begins to open up, partly with the aid of handy Opportunities (often discovered by eavesdropping, these lines of objective markers lead the way through various opportunistic murders), but mostly because, after walking an hour in the shoes of Waiters, Cooks, Security, Supermodels, and Crew, you notice the things you noticed in the much more compact training maps. Dali Margolis taking a sip of wine. Powdering her face in the washroom. Viktor Novikov walking under a precariously placed speaker. Or even Viktor Novikov walking under a precariously placed Dali Margolis….

The Challenge List pointed the way to that last one, and between it and those afore mentioned Opportunities, even players struggling to be imaginative in their choreography will be able to execute the proper routine. Of course, you can turn off Opportunity markers, just as you can turn off anything you think might give you an unfair advantage. Your mini-map. Your Instinct Mode (which lets you track foes through walls- unnecessary when your mini-map already allows you the same convenience). Even the handy Attention Alert icons that give you the heads-up when somebody notices you’re more than a little suspicious (you might, in fact, be that bald murderer with a kitchen knife everybody’s been shouting about).

For the Hitman elite, those options might no doubt seem enticing. But for inexperienced assassins like myself, who still hide in boxes when everybody’s shooting at me, the extra information suits me just fine. While the replayability of the three maps already gives the game content enough to fill its $15.00 price tag, there’s the added bonus of being able to create custom Contracts wherein you pick the target (or targets) for your friends and online strangers to endlessly and creatively slaughter. Of course, if you’d rather stick to the developer’s own creation, you can certainly replay Paris with different equipment (a lock pick instead of a proximity mine) or starting locations (the kitchen instead of in the locker room).

I can’t say definitively if the latest Hitman is the Hitman game all Hitman fans have been dying for since Blood Money, because I have neither played Blood Money nor talked to all Hitman fans. However, I can say that the stealth gameplay, high tension, and heavily rewarded creativity come together to make for a deeply satisfying experience, and I can’t wait to explore the other maps and hits to come throughout the year.

Brutal Gamer's Nintendo Editor began his gaming life a little late- at five years old. But he's made up for it in the two decades since, gaming and writing about gaming with the same passion, fervor, and unrelenting love as his five-year old self.
Previous Valiant reveals Deathmate – new Bloodshot event coming this Summer
Next Nintendo Download March 17 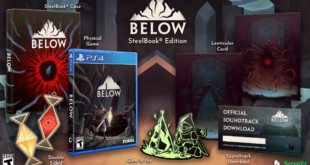 Trailer: Venture into the deep dark with the new steelbook version of Below

Developer Capybara’s Below first landed on consoles and the PC back in 2018, but it’s …