Super Mario Maker is so much more than a toolbox.  It’s a stage. 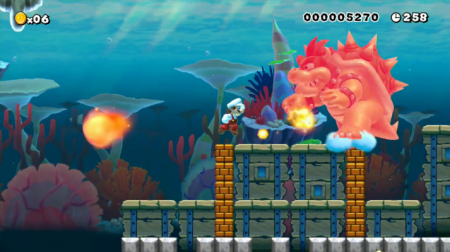 How does one review Super Mario Maker?

It hardly seems fair to judge it by the creativity of the player base, and less so by my own ingenuity and pool of ideas.  Yet it would equally seem unfinished to limit a review to the toolbox itself.

Because Super Mario Maker is so much more than a toolbox.

Super Mario Maker is the chance to build the stages you’ve always dreamed of, or to play those of your wildest nightmares and trippiest fever dreams.  Not every stage you make, nor every stage you play, will be one worth remembering.  But collectively, especially riding on the backs of some of the greatest minds the community has on offer, the level selection of Super Mario Maker is astounding.

Because there are already over a million on display.

Super Mario Maker is a stage, as much as anything.  A chance to show off decades of Mario’s platforming history in terms of visuals and game mechanics.  Four in specific are housed in Mario Maker: Super Mario Bros, Super Mario Bros 3, Super Mario World, and New Super Mario Bros U.  Each visual style hearkens back to a nostalgic place, the years we’ve grown up with Mario’s exploits, but even those too young to remember game cartridges can at least enjoy the difference in mechanics.

It’s those mechanics, few as they are, that really change the way stages are created and completed.  Wall-jumping, for example, is only available in New Super Mario Bros U, while picking up turtle shells and trampolines and other items is excluded from Super Mario Bros.  The reason that’s a good thing might not be readily apparent, until you start creating a stage. 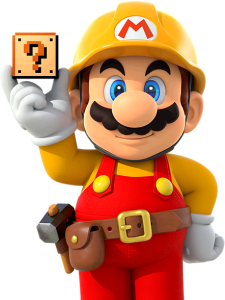 My first stage, for example, wasn’t possible in New Super Mario Bros U, simply because the ability to pick up a turtle shell meant you could destroy the challenge of a gauntlet of piranha plants, breaking blocks, and fireballs.  However, removing that ability by switching the style to Super Mario Bros fixed the issue immediately.

Fixing issues is the primary reason I don’t fault Super Mario Maker for one of its initial annoyances: Players don’t start with every building block.  Frustratingly, this means you can’t create the stage of your dreams on your first try.  You can’t necessarily build the stage of your dreams, because you don’t have the doors, the sub-worlds, the bomb-throwing Lakitus.  Yet this limitation makes you think, makes you come up with new (and often simpler ways) to approach your issues.  How can break bricks below the player without a Bob-omb?  How can I give players several difficulties in one stage without a door?  Obviously, not every problem can be solved before you acquire the pieces: Mario won’t fly until you get the Lakitu or Bowser’s Airship, and Goombas and Koopa Troopas can only be so terrifying for so long before you yearn for Bowser, Hammer Bros, and Wigglers.

Having to beat a stage before you can upload it not only conveniently ensures every stage is possible, but it also gives the player that extra incentive to surmount the challenge ahead of him: instead of thinking, “This is impossible,” the player thinks, “Somehow, this guy already beat this stage.  I’m missing something.”  What visually looks like an impassable force might be instead a subtle puzzle, a test in patience and skill.  Knowing that it was beaten before makes players less likely to swipe the stage away, less likely to skip and move on.

Of course, that can also be frustrating for unskilled players who want to test friends and enemies more than themselves.  I admit it took me and my brother 5 hours to finish a stage of my creation, yet those were five hours of laughter and tears that can only come of making a challenge truly worth playing- even if it’s nothing of the sort of typical Mario affair (you get all kinds in Super Mario Maker).

Having friends to play your stages- and friends who make stages for you to tackle too- makes Super Mario Maker that much better a game.  Crafting a nefarious challenge is all the more exciting if you can imagine the reaction you’ll get- and eventually see it in person.  But they’re not necessary, because Super Mario Maker comes with plenty of sharing capabilities and ways of putting your stages in front of other people’s faces.

Each stage you make is posted to Miiverse, and made available both under an “Up & Coming” tab, as well as potentially in the rounds of the “100 Mario Challenge,” where players are put into new creations at random, based on difficulty (decided on by pass-rate, not the creator).  Unlike other creation-based games, it feels like you get more exposure.  I’ve got stages that have been played over a hundred times, and while that’s not a number to be impressed by necessarily, it does feel better than the minute number of plays my, say, LittleBigPlanet stages got (mostly because they were trash, I admit).  It’s harder to make trash in Super Mario Maker, as even trashy stages can still be fun to play, if only because the game’s base is so stellar, and while mine certainly don’t compare to the insane things others have made, I still get notifications every time I play that others have given my creations a whirl.

And if you don’t want to make anything, you’ve still got the aforementioned millions of Mario stages to peruse, as well as many included stages and tutorial levels designed to give players ideas of how to use new elements. 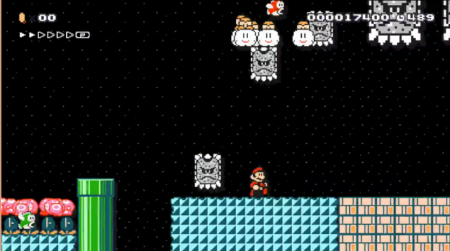 It’s easy to want more from Super Mario Maker- there’s no Super Mario Bros 2, for example, and there are still some missing enemies and power-ups (Penguin Suit, anybody?) but what’s there feels like more than a complete package.  I’d like to be able to update uploaded stages without losing its obtained stars and runs, and it’d be nice if aspiring creators weren’t limited to ten stages (a number that goes by quickly for prolific minds) before “making it big.”  It’d be nice too if there was a wider music selection creators could use.  Nonetheless, Super Mario Maker isn’t to be missed by Wii U owners, Platforming fans, and people who grew up with the loveable Italian plumber.

Super Mario Maker is a toolbox and a stage that allows players to show off their imagination and long-built Mario platforming abilities.  Its jam packed with content, much of it designed by the community and running the gamut of spectacularly good and bad, and love towards Mario’s history and Nintendo’s own franchises- again designed as much by the community.  There’re bad stages to wade through, and the toolbox’s very few limitations grow paradoxically more and less obvious the larger your imagination, but those are small flaws that are arguably not the fault of the game itself.  If you’ve got the mind for creation, or even just the curiosity to see what remarkable stages people have come up with, then I whole-heartedly recommend Super Mario Maker.

Brutal Gamer's Nintendo Editor began his gaming life a little late- at five years old. But he's made up for it in the two decades since, gaming and writing about gaming with the same passion, fervor, and unrelenting love as his five-year old self.
Previous U2 makes their video game debut in Rock Band 4
Next mushroom 11 – of destruction and growth 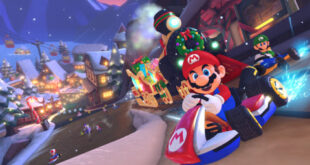 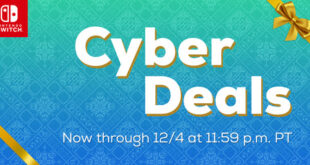 Some big time games, and smaller releases as well are included in Nintendo’s Cyber Deals …