SDCC 2015: Skylanders get super-charged at the con

Activision’s next Skylanders game is revving up for an SDCC 2015 showing, where gamers can get their hands on the game for the first time. 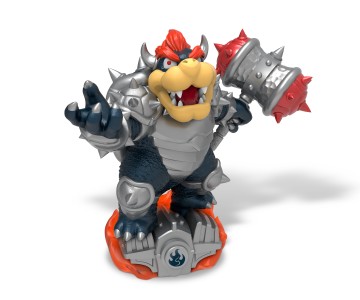 So that’s a little look at the Dark Edition for Skylanders SuperChargers, which wasn’t announced all that long ago. Bringing vehicles into the game for the first time ever (other than Flynn’s airship), SuperChargers is looking like a pretty awesome new evolution for the franchise. And speaking of ‘new’, Nintendo characters in a Skylanders game is awfully new as well.

Dark Donkey Kong and Dark Bowser, both of which will have standard versions as well, are both playable at the show this week and both have vehicles to ride around in. As you might imagine, there’ll be two versions of the ‘Dark Edition’ pack this year, with one for consoles in general, and another exclusively for the Wii U, which will have the Nintendo characters packed in. That version will also have a special level, tailored exclusively for the King of the Koopas.

In addition to all of the above, you can also get a sneak peek at the new Eon’s Elite figures at SDCC and you’ll be able to see the new “franchise-inspired comic book series, Mad Libs and costumes”, all of which will be on hand.

“This year Skylanders, the original toys-to-life franchise, gets a boost of high-octane gameplay and innovation by bringing toy vehicles to life for kids with Skylanders SuperChargers,” said John Coyne, senior vice president of consumer marketing, Activision Publishing, Inc.  “We look forward to fans checking out our Dark Edition and Eon’s Elite offerings for the first time at San Diego Comic-Con.”

The Skylanders SuperChargers Dark Edition will run you $99.00 USD, and includes “Dark Spitfire, Dark Hot Streak, a two-sided ultimate collector poster and the highly sought-after Kaos Trophy, which is the only way to unlock special Kaos gameplay content”. That’s the content that you’ll get across all platforms, but the Xbox One/360 and PS4/3 versions will also include “Dark Super Shot Stealth Elf and Dark Sea Shadow” while the aforementioned Wii U edition will come packed with “Dark Turbo Charge Donkey Kong and Dark Barrel Blaster”. 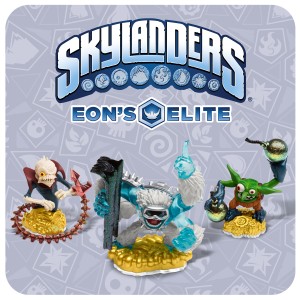 As for those Elite figures, this year’s assortment counts another set of original Skylanders amongst its number. Coming in display cases with lenticular cards, these three-times more powerful (than their regular forms) toys will come with “premium decorations, new poses and unique sculpts that represent how they appear in their fully upgraded form”.

Voodood, Zook, Slam Bam, Ghost Roaster, Boomer and Dino-Rang will all be made available as a part of the line, with witht he first three on that list being Toys R Us exclusives. Those will hit in November, with the second three landing in December, just in time for the Holidays.

At Comic Con this weekend? Here’s where you can check out the game and its various spinoffs:

Jason's been knee deep in videogames since he was but a lad. Cutting his teeth on the pixely glory that was the Atari 2600, he's been hack'n'slashing and shoot'em'uping ever since. Mainly an FPS and action guy, Jason enjoys the occasional well crafted title from every genre.
@jason_tas
Previous First trailer debuts for Batgirl: A Matter of Family
Next The Doctors Who are coming to LEGO Dimensions