Toy-maker Toynami has unleashed their lineup of exclusive items for the big SDCC show coming up and there’s plenty to like if you’re a fan of big robots.

Not only do they have an awesome Robotech fighter available, but there’s a cool super-deformed Voltron that’s on tap too for Toynami- and it actually transforms into the Lion Force and back. How freaking cool is that?!

Then there’s that incredibly old school Shogun Godzilla (with launching fist!), an Acid Rain set that’s all painted up to look like a classic ‘army men’ figure and vehicle, and that b’dass Endoskeleton skull from Terminator. All of which equates out to be a lot of stuff that you’ll probably not want to skip over when you head on down to one of the biggest cons of the year.

You’ll find all this awesome stuff only at Comic Con too, and only at the Toynami booth, which is number 3229 on the convention center floor. As usual too, this stuff is all first come, first served; so get there early if you want to make sure you get your goodies.

SDCC comes early this year, so I hope you’re ready for your flight. The show runs July 9th through the 12th. 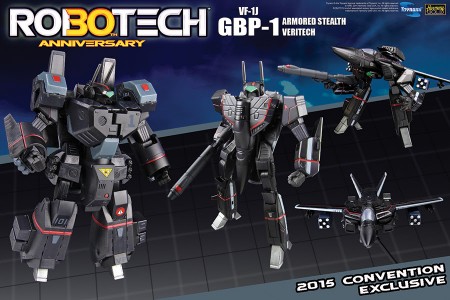 Robotech GBP-1 – Stealth Fighter – Heavy Armor
In honor of Robotech’s 30th Anniversary, Toynami is excited to present the Heavy Armor GBP-1 Stealth Fighter 1:100 Scale figure. It is fully articulated just like the classic 1:100 transformables, and can be converted into Fighter, Battloid or Gerwalk modes. The Armored Veritech GBP-1S system allows a single VF-1 fighter to wield the artillery firepower of an entire squadron. The armor is able to withstand several withering barrages from enemy fire, but prevents the Veritech from transforming into fighter mode, and must be jettisoned if the pilot needs maneuverability. *Heavy Armor accessories can only be used in Battloid mode.
•             Retail Price: $99
•             Limited to 1000 pieces
•             Size: 6” Tall
•             Available at: Toynami Booth #3229 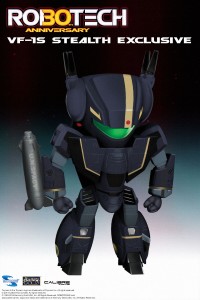 Celebrating the 30th Anniversary of Robotech in 2015! The highly popular Robotech Super Deformed Blind Box collection has an exciting new character! Toynami is proud to present the exclusive VF-1S Stealth Leader Comic-Con Exclusive. These are sure to go fast, so be sure you get yours while they last! 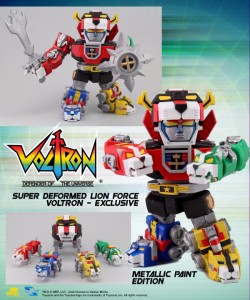 Voltron Altimite DX Transforming SD Voltron
This is Voltron as you’ve never seen before! Super Deformed! Fully Transformable! Mini-Pilot Figures included! This powerhouse figure boasts a high shine with a metallic finish, in this show-only exclusive! The 5 lions will form Voltron, and each transform separately. 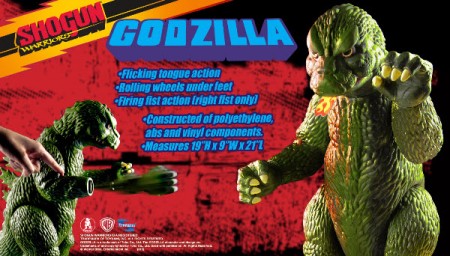 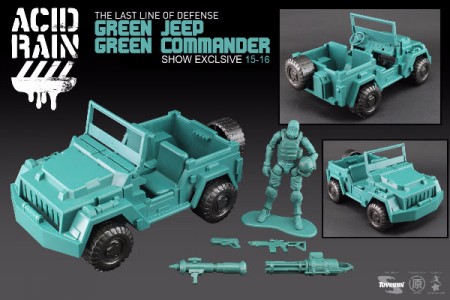 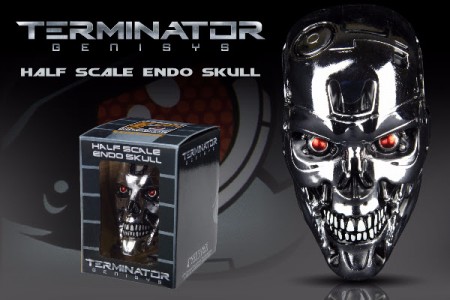 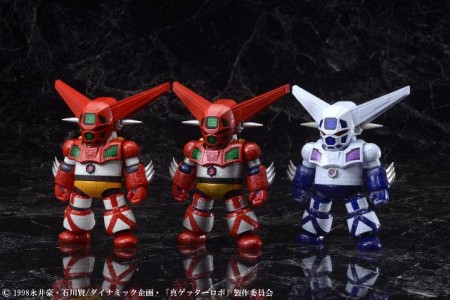 Getter One Robo – Proto Getter Exclusive
Arcadia proudly presents an exclusive version of its super deformed die-cast robot line “AA Gokin” with Proto Getter in purple! This is the OVA from the movie “Getter Robot Armageddon”. This robot features light-up eyes and multiple points of articulation including sliding shoulder hinges to create the dynamic poses as seen in the animation! Comes with expandable cape and weapons. Constructed of sturdy die-cast and plastic (button cell batteries sold separately, not included). Also available are the original version in red and limited edition metallic red.
•             Retail Price: $110
•             Limited to 500 pieces
•             Size: 5” Tall
•             Available at: Toynami Booth #3229

Jason's been knee deep in videogames since he was but a lad. Cutting his teeth on the pixely glory that was the Atari 2600, he's been hack'n'slashing and shoot'em'uping ever since. Mainly an FPS and action guy, Jason enjoys the occasional well crafted title from every genre.
@jason_tas
Previous Shovel Knight digging up physical release for consoles and handhelds
Next NECA’s Batman Returns Penguin might be the coolest