Will your choices bring your family to salvation or ruin? Things heat up in Westeros in Telltale Games’ Game of Thrones Episode 4! 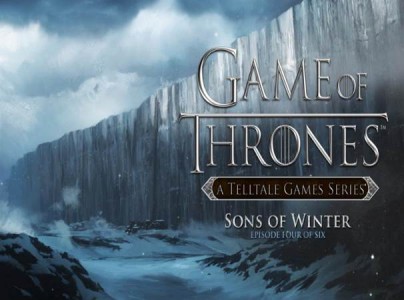 Episode 4 of Telltale Games’ Game of Thrones had me at my wits end as I nervously watched the drama unfold before me. I had questions running through my head most of the time, like ‘What if this was the wrong choice? Will I get flayed?’… anyway you get the idea.

Telltale has mastered the art of gripping storylines. Couple that with the controversial scenes that you occasionally get from the writing of Game of Thrones, and you’ve got an impressive formula that could get people hooked for hours on end – however, I feel that things have gotten a little dry lately, specifically with Episode 3. Things didn’t progress as I wanted, and I didn’t enjoy the pacing. But even so, it feels like events were made right in Episode 4.

I missed the feeling of tension and pressure as I ‘became’ the character and their problems became mine, so to say, and Telltale delivered here. I felt a ton of pressure as I watched the unlucky Forrester family coping with a seemingly unlimited amount of debacles thrown at them left and right by Lords and Rivals galore. 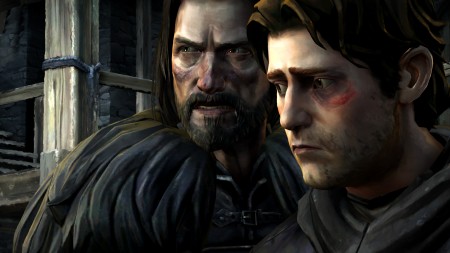 Graphically speaking, episode 4 is still flawed with some blurring, and at times some tearing, however they aren’t that noticeable if you aren’t actively looking for them. What amazed me however, was how awesome (for lack of a better word) the dragons are. They’re no Witcher 3, mind you, but seeing them with the signature Telltale look actually makes sense, y’know? Okay, maybe not, but the dragons do look cool and that’s a good thing. Fix the screen tearing and the blurring and you’ve got yourself a decent looking game, Telltale.

The music for episode 4 is pretty much the same as in the previous episodes. However, I liked how they interacted with the changes in the general feel of the scenes. That is what music is actually supposed to do and Telltale did it well in episode 4, especially with all of the action-packed scenes. Trust me when I say that episode 4 has quite a number of them, and the music made all of them that much better.

The best part about this game is its story though. Absolutely everything about the story feels like a genuine act or scene from the actual Game of Thrones series that I know and love, and looking through the eyes of a few people from a minor house as they struggle against the great houses and their Game of Thrones (no puns intended) feels empowering somehow. And all of the action and changes that happened in episode 4 have made up for the dryness of the previous episode.

So what exactly makes episode 4 that much better than episode 3? It’s simple: Things are finally moving forward. Not necessarily better, but at least things are going somewhere. The previous episode had barely a portion of the Purple Wedding and that wasn’t enough to make up for all of the crap I took as Lord of Ironrath but finally being able to stand up for myself and my family feels good, as well as helping Daenerys secure Meereen, which all makes for an interesting way to build up the inevitable carnage and betrayals to come in episode 5 – and I am really freaking excited for it. 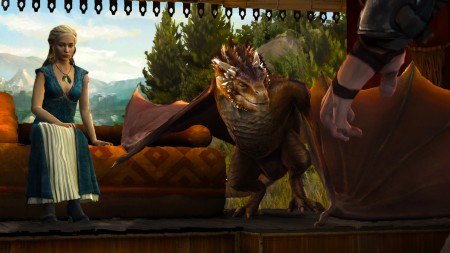 Also worth noting is how my favorite character changed from Rodrik to Mira Forrester who is up to her neck as she tries to keep up with the heavy players in King’s Landing. Her transition from subservient but cheerful handmaiden to total badass rebel Machiavellian (okay I ran out of cool words to describe her with) is one of my favorite things in Episode 4. Mira suddenly became interesting, and her growth (and future) is something that I am eagerly watching out for so do me a favor Telltales and make more Mira scenes for Episode 5!

All in all, episode 4 of Telltale’s Game of Thrones was action-packed, actually interesting, and most importantly – it moved things out and away from the dodgy pacing that was present in episode 3. It’s well worth its price. This game is recommended for fans of the show as it directly borrows the events from the HBO-made series instead of the original source.

Benj likes video games, neckties and scotch. His favorite games include Resident Evil 2 and Final Fantasy VIII. You may contact him at [email protected]
@ggburroughs
Previous Origin gets in on the summer sale bandwagon
Next E3 2015: Fallout 4 mod support on Xbox One