Guitar Hero Live gets a little more ‘alt’ this week with the reveal that bands like Pearl Jam, Soundgarden, Tenacious D, and more will be a part of the game’s track list. 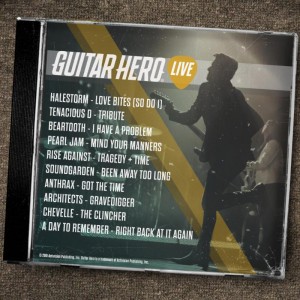 More of the good stuff this week for Guitar Hero Live. Activision has already unveiled a pretty impressive set of songs of the upcoming game, which’ll kick off the reinvigorated Guitar Hero franchise, but there’s plenty more to come. The company promises that each week that passes will also bring a fresh set of announcements of more tunes that you can jam to when GHL hits consoles this Fall.

The latest, as you can see, brings some pretty big names back into the fold. Personally, I’m a big Soundgarden fan, and I like Pearl Jam quite a bit as well, so I’m happy to see them both tallied onto the list. If you still haven’t seen something that piques your interest, stay tuned, as there’s plenty of time between now and the game’s official release, which again, will be some time this Autumn.

Jason's been knee deep in videogames since he was but a lad. Cutting his teeth on the pixely glory that was the Atari 2600, he's been hack'n'slashing and shoot'em'uping ever since. Mainly an FPS and action guy, Jason enjoys the occasional well crafted title from every genre.
@jason_tas
Previous Track down Valiant at Phoenix Comic Con this weekend for panels, merch, and more
Next NECA shows off first wave of AvP Predators