Etrian and Xenoblade come to the Nintendo Download today

Big stuff for RPG fans this week in the eShop as Nintendo’s handheld gets not only Etrian Mystery Dungeon, but also the long awaited re-release of the Wii classic Xenoblade with Xenoblade Chronicles 3D. 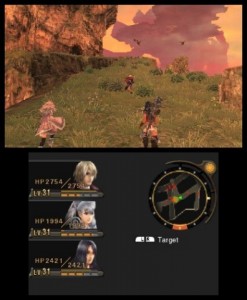 Both of the big new titles on the eShop are RPGs, but they’re pretty wildly different games overall. Etrian Mystery Dungeon is a dungeon-crawler at heart, while Xenoblade is a sweeping epic of a role-player and more traditional to that genre. Both are looking great though, so it’s kind of a toss-up as to which one you grab today, if you’re even into RPGs that is.

If you’re not, well, there isn’t a whole lot for you to buy into today in this newest Nintendo eShop update. There’s Pokemon Rumble World, which looks kind of neat, some Virtual Console releases, and a few decent sale items that you might dig if you missed out on LEGO Batman 3: Beyond Gotham or Watch_Dogs. That’s about it other than the big two highlighted above though, but have a look at the full list below and see if something piques your interest.

Jason's been knee deep in videogames since he was but a lad. Cutting his teeth on the pixely glory that was the Atari 2600, he's been hack'n'slashing and shoot'em'uping ever since. Mainly an FPS and action guy, Jason enjoys the occasional well crafted title from every genre.
@jason_tas
Previous Activision announces Call of Duty: Black Ops 3
Next No voice chat for Splatoon, and it’s not an oversight