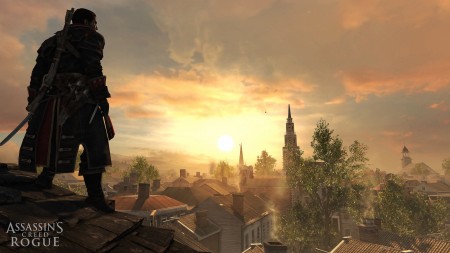 Rogue might not have been the best received AC title of all time (we didn’t love it), but I’ll say this; if you’re going to get a version for yourself, this looks to be the one. Aside from the mechanics, which aren’t changed for this new release, the looks seem to be head and shoulders above what was released on the PS3 and Xbox 360 last Fall. So if you’re a graphics fan (and who isn’t really), then you might be a little happier with the PC version of Rogue.

Coming out of Ubisoft Sophia, the game follows Cormac, who is not your usual Assassin. And by that, I mean that he’s not an Assassin… anymore. Set against his former brotherhood, Cormac’s quest takes place during the Seven Years War (which took place in the mid-1800s), where he hunts and kills members of the Assassin’s guild for the Templars. Rogue is steeped in deep winter too, with action taking place in the “frozen North Atlantic, the Appalachian River Valley and New York”. 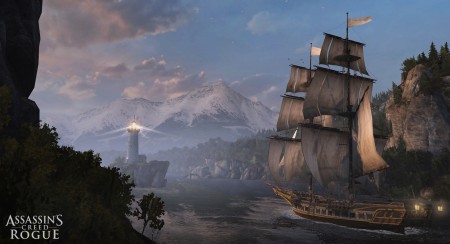 There’s a lot different in this AC title, though it definitely plays similar to Black Flag and other titles in the series. If you’ve wanted to give it a shot, but haven’t pulled the trigger yet, this seems to be the one to get. Want the specs? Check out the sheet below.

Jason's been knee deep in videogames since he was but a lad. Cutting his teeth on the pixely glory that was the Atari 2600, he's been hack'n'slashing and shoot'em'uping ever since. Mainly an FPS and action guy, Jason enjoys the occasional well crafted title from every genre.
@jason_tas
Previous The Titan’s quest rolls on in Thanos: The Infinity Relativity
Next Guardians of Knowhere joins the fight on Marvel’s Battleworld