No, not Windwaker, Windwalkers. Based on the French sci-fi epic La Horde du Contrevent, Windwalkers is shooting for the moon with a proposed game, film, and comic book. 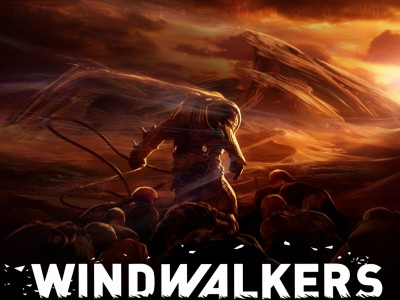 Okay, so this one actually looks pretty darn awesome… and it reminds me of the classic 80s toy line Air Raiders, which is in no way a bad thing. Points if you remember Air Raiders by the way.

Back to Windwalkers though, because this proposed RPG (which has just hit Kickstarter) is not lacking in ambition. Of course, they probably shouldn’t be, since developer Forge Animation is made up of folks who’ve worked on some of the biggest properties around, including “The Hobbit, Avatar, Final Fantasy and more”. Not too bad right there.

“The WINDWALKERS project is a rich, complex and enthralling masterpiece for fans of great Sci-Fi storytelling across all media,” said Hervé Trouillet, founder of Forge Animation.  “With the support of our Kickstarter community, we will produce an epic transmedia experience that will bring this fan favorite story to the rest of the world, for the first time, as it has never been translated outside of the French language until now.”

The storyline behind the game (and the book/comic/film) is a unique one. Windwalkers is set on a planet where extreme weather is an average, everyday thing. Stuff like tornadoes and massive wind storms aren’t the exception, they’re the rule for life there. 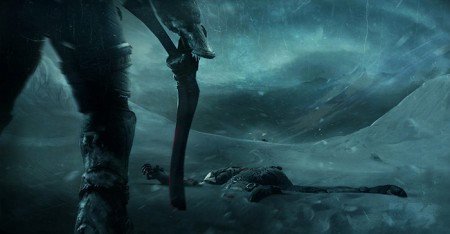 Weather would both hinder and help players in the Windwalkers game, guiding them through the harsh and ravaged world at times, yet forcing them back as well. Among others, the enemy presence for players to have to deal with are called the Chasers, baddies who pursue and strike from the shadows. But the idea that the planet itself is the main threat is an intriguing one, and having the game be a multiplayer RPG, where story and cooperation are both paramount, seems very solid indeed.

But back to the studio’s pedigree for a minute, because it really is impressive. Handling the soundtrack will be Starwalker, which is comprised of Jean-Benoit Dunkel and Bardi Johansson, who you might know from the french EDM band AIR. Guillaume Roussel will be joining the duo for the OST, and he has some heady experience as well, working on the Pirates of the Caribbean score as a contributing composer.

Windwalkers is currently looking at an early 2017 release for the PC and the Mac. If you’d like to hop onto the Kickstarter and plunk down some cash to get some more wind in the campaign’s sails, click here.

Jason's been knee deep in videogames since he was but a lad. Cutting his teeth on the pixely glory that was the Atari 2600, he's been hack'n'slashing and shoot'em'uping ever since. Mainly an FPS and action guy, Jason enjoys the occasional well crafted title from every genre.
@jason_tas
Previous The Nintendo Download brings Majora’s Mask, Monster Hunter 4 and more
Next Apple is finally enforcing a rule that bans gun imagery from App icons