Europe To Get Bloodborne PS4 Bundle

If you don’t have a PS4 yet and are excited for Bloodborne, then here’s something you might like. 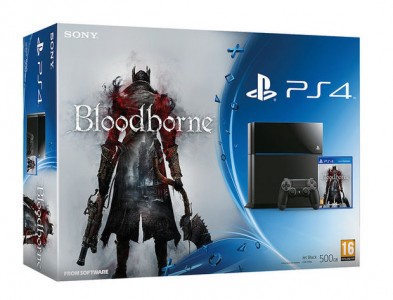 From Software’s new game Bloodborne is due out next month, and to coincide with the release, Sony will be releasing a new hardware bundle to go with the game.

Available from the game’s launch day, the bundle will contain a black 500GB PS4, a black controller and a copy of Bloodborne.  Sony have also released a video which showcases the game’s procedurally generated ‘Chalice Dungeons’, containing commentary from the game’s Producer, Masaaki Yanagiwa, which you can view below.

Bloodborne is scheduled for release for PS4 on March 24th in North America, March 25th in the EU, March 26th in Japan and March 27th in the UK.

Mike is Brutal Gamer's Indie Editor. He has been playing video games since the early 90s and is fond of racing games, puzzlers and MMOs. Typing /played while in WoW makes him cry, but not enough to stop him playing some more.
@Ognawk
Previous Star Wars Battlefront Concept Art Revealed
Next McFarlane expands The Walking Dead building line to new retailers