This week sees the addition of another Wii ‘classic’ to the Wii U’s digital lineup as Punch-Out!! rings the bell. 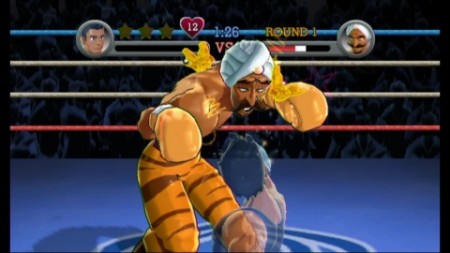 If you missed Punch-Out!! when it was released a few years back for the Wii, it’s basically the same game that you know and love from the NES/SNES eras, just prettier- and that’s not a bad thing by any means. You’ll feel right at home behind the shoulder of Little Mac as he punches his way to the top of the various circuits and wins titles in this updating of one of Nintendo’s best-loved (and really seldom seen) franchises. If you skipped this bout before, you might want to seriously consider it now that it’s downloadable on the Wii U- and at a limited time price of $9.99 USD, it’s almost a can’t miss.

Also available this week is Atlus’ bizarre political sim Citizens of Earth, which is sure to please fans of the publisher. And rounding things out is the NES shooter S.C.A.T., which isn’t the best known game in the world, but is a pretty fun time if I remember correctly.

Not the biggest week on the eShop, but it’s certainly continuing to pick up from the post-holiday doldrums. Check out the full listing of what’s new and exciting below.

Jason's been knee deep in videogames since he was but a lad. Cutting his teeth on the pixely glory that was the Atari 2600, he's been hack'n'slashing and shoot'em'uping ever since. Mainly an FPS and action guy, Jason enjoys the occasional well crafted title from every genre.
@jason_tas
Previous APB: Reloaded coming to PS4 and Xbox One
Next Ninjak’s origin finally explored in Valiant’s new spy-focused series