Bloodshot Reborn sends Valiant’s hero back to the front lines

It’s a different Bloodshot that you’ll see in the pages of Bloodshot Reborn, the new ongoing series starring the blood-soaked hero, but there’s still plenty of action (and some ethical dilemmas) to be had. 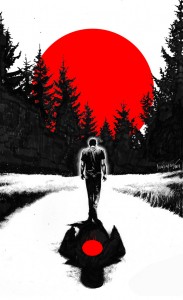 Bloodshot’s nanites made him a nearly unstoppable killing machine. His enhanced strength, speed, endurance, and healing made him the perfect weapon, and he served his masters at Project Rising Spirit – a private contractor trafficking in violence – very well.
Now, Bloodshot is a shadow of his former self. He lives in self-imposed exile, reeling from the consequences of his past life and the recent events that nearly drove him mad. But when a rash of shootings by gunmen who appear to look just like Bloodshot begin, his guilt will send him on a mission to stop the killers, even if it means diving headlong into the violence that nearly destroyed him.

Bloodshot is pretty easily one of the most interesting characters in Valiant’s stable. While that actually could probably be said about more than a few of the publisher’s heroes, Bloodshot has always been something of a standout since he’s been perpetually torn between the machine half of himself, and the human man (or men) that he used to be.

Now with a new focus and a ‘reborn’ tilt, the former killing-machine will need to face down a whole new set of challenges in this new monthly book… and probably a few old ones too. Valiant promises that this is all new stuff for ‘Shot though, so if you’re a longtime fan of the character, you’re probably going to be surprised by what you’ll be reading.

“Jeff Lemire is building something quite unlike any Bloodshot story you’ve seen before with this series,” said Valiant Editor-in-Chief Warren Simons. “Scary, thrilling, compelling – and sometimes even downright unsettling – Jeff has found a whole new way to unpack the battle-scarred psychology behind one of Valiant’s most enduring and iconic characters.

“Together with the incredible talents of artist Mico Suayan and colorist David Baron, the entire team is delivering a high-anxiety superhero comic that is just as blood-curdling to read as it is beautiful to look at. BLOODSHOT REBORN is great comics…and soon-to-be a prime example of how and why Valiant’s brand of storytelling continues to exceed expectations and defy the conventional.”

Sound good? The first issue of Bloodshot Reborn is set to hit stands on April 15th.

Jason's been knee deep in videogames since he was but a lad. Cutting his teeth on the pixely glory that was the Atari 2600, he's been hack'n'slashing and shoot'em'uping ever since. Mainly an FPS and action guy, Jason enjoys the occasional well crafted title from every genre.
@jason_tas
Previous Kitana debuts in new Mortal Kombat X trailer
Next Find some Safe Haven in new Alien: Isolation DLC pack