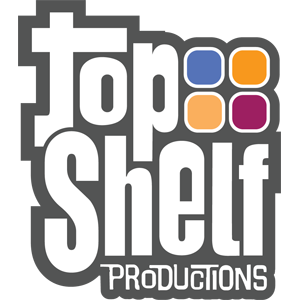 “The acquisition of Top Shelf is a milestone for IDW,” said Ted Adams, IDW CEO and publisher. “We looked a very long time for a company that would complement our own publishing line-up, and in Top Shelf we found the ideal match. The addition of Top Shelf’s library further positions IDW’s leadership role among the top powerhouses in comics.”

“IDW is committed to preserving and growing the Top Shelf brand, which we’ve long admired” said IDW president and COO Greg Goldstein. “Chris and his team have built a great working relationship with creators, fans, and retailers alike, and IDW will work diligently to expand Top Shelf’s publishing capabilities and market reach while further developing those relationships.”

This makes good sense for IDW, who’s monthly catalog of books is one of the most impressive among the smaller publishers out there. And the addition will give them even more to boast about as the deal nets them a publisher that offers some very impressive stuff like League of Extraordinary Gentlemen and From Hell.

The deal also makes sense from Top Shelf’s perspective, according to co-founder and publisher Chris Staros (who’ll be staying on as Top Shelf editor-in-chief), as the feeling to team-up was mutual.

“Top Shelf and IDW complement each other perfectly,” said Top Shelf Productions co-founder and publisher Chris Staros. “We both started around the same time, and when I would watch IDW over the years, as a fellow publisher, I’d see them making smart move after smart move. Now I’m extremely excited to combine their talents and resources with Top Shelf’s award-winning literary approach to comics. And believe it or not, the idea to join forces hit us both at exactly the same time. Last year, as I was about to pitch Ted and Greg this ‘crazy’ idea, they approached me to suggest the same thing! How’s that for a good omen? Together, we’re going to be able to publish some incredible work. I’m really looking forward to this.”

Jason's been knee deep in videogames since he was but a lad. Cutting his teeth on the pixely glory that was the Atari 2600, he's been hack'n'slashing and shoot'em'uping ever since. Mainly an FPS and action guy, Jason enjoys the occasional well crafted title from every genre.
@jason_tas
Previous Microsoft and Sling TV Team Up to Bring Television to Xbox One
Next More problems for the PSN as service interruptions continue