We were all thinking it: why can’t Borderlands be in space and what’s the story with Handsome Jack? Well, 2K heard these cries and answered with Borderlands: The Pre-Sequel(!), developed by 2K Australia with Gearbox.

The brilliant concept of narrating the back-story of the beloved main villain of the series, Handsome Jack, combined with the genius settings of Pandora’s moon makes this game irresistible to play. The four playable characters feature some familiar faces from the previous titles: Athena, Nisha, Wilhelm, and Claptrap (as a mistake). This is definitely a Borderlands game too; filled with humor, story, and of course, guns. Game mechanics and play stay true to the franchise, but there are many new, innovative additions for the new environment and characters. Despite small missteps, 2K Australia stepped up to the standards established by Gearbox, doing a great job creating a dynamic narrative game with plenty of action.

The story begins with the new vault hunters taking a job from a Hyperion programmer, Jack. On their way to Helios, the Hyperion moon base, they are attacked by the Lost Legion, a rebellious sect of Dahl soldiers led by Colonel Tungsteena Zarpedon. Jack enlists you to help him save Elpis, Pandora’s moon. Obviously, dedication to compelling storytelling is important. The writing is funny, smart, and interesting and the characters are fully developed with rich back-story and personality.

Reactions to other characters felt authentic and real rather than stock. For example, during interactions with the characters, Wilhelm responded as expected from a future henchman of Jack’s. He often supports Jack’s slow devolution into the corrupt charmer we know from the second game. The story itself is also entertaining and interesting to follow. I found myself growing more curious about how the story progressed despite knowing the ultimate ending. Story immersion is still an important feature of this franchise.

Game mechanics and play are very similar to the previous titles in The Pre-Sequel, so I want to focus on new features to game play that are unique to this particular game here in the review. The grinder is one such great addition. This puppy is one of the coolest new features of the game and adds to an already existing problem/feature of the game: the ridiculous amounts of guns. Borderlands is all about the guns and this one is certainly no different. The issue has been, what do you do with all your guns?

The grinder takes 3 weapons or other backpack items and grinds them together to make a new, sometimes better, item. Getting the grinder to work though can be tricky because recipes are not available to you. It does work for all the items in your backpack and certain combinations of items will create new objects. Moonstones, this title’s character upgrade currency, can be used to improve the chances for better weapons. However, there is some trial and error… unless you want to look up recipes online. I’ll tell you this though, the grinder will be your new best friend after you spend the night gambling away all your hard earned money at Moxxi’s.

Being on Elpis means no atmosphere and, therefore, your character needs an Oz kit. Oz kits are essentially a multi-functional oxygen supply for the zero atmosphere areas and are leveled with various features to complement your play style. They allow you to jump higher, glide through the air, and perform a damage radius slam. Oz kits boost the fun of fighting by adding damage bonus to various air attacks and slam damage. Use these new abilities in congruence with the jump pads littered everywhere, and you can fly to new heights or over giant chasms. During fights, this combo would often make a huge difference, like when you need a minute to replenish your shield or find some ammo. Oz kits add immersion while augmenting game play.

Stylistically, this game is first rate. Gearbox created such a unique game in terms of design and aesthetics, and 2K Australia carried it on in The Pre-Sequel.In the previous games, the animation bordered on comic book color saturation; however, this game has more texture to clothing and surfaces, enhancing the cel shading with gritty realism. This heightened the grim atmosphere on Elpis.

Also, the soundtrack is phenomenal. The music is fun and appropriate given the action occurring, while not overpowering the events. Jesper Kyd, composer for Hitman and Assassin’s Creed, knocks the music out of the park, as his excellent composing continues from the other Borderlands games. The overall aesthetics of this game are just brilliant all around. Some might dismiss it as merely importing an existing style from the previous titles, but there is a clear attention to detail as to how this world would look in a grim, secluded location such as the moon. There was a darkness to the character and setting design that emphasized the darker storyline. Borderlands: The Pre-Sequel! killed it in style, aesthetics, and soundtrack.

Unfortunately, there were some issues. There were also moments when I could not long sprint or my entire movement appeared to be slower than normal. This happened a few times in battle, leading to my untimely death due to inability to get out of the way of enemies and incoming fire. One non-technical issue was the mission beacons; there were a few missions when it was not clear where to go or what to activate.

During one particular mission, you have to drop down an elevator shaft to reach the next area, but there are ‘zero’ indicators that this is not character suicide, which was annoying and delayed me a bit. Character leveling was frustrating at times too, and experience points earned through story missions were not sufficient to stay with the level of the campaign. I found myself (every few missions) having to stop and do a few side missions, or grind away for a while, to get to the appropriate level. Nevertheless, my overall enjoyment of the game was not diminished greatly by these issues. In fact, I chalk them up to minor annoyances at worst.

Borderlands: The Pre Sequel has great story-telling, characters, and game-play. Perhaps most importantly, it is fun to play.

It is the Borderlands fans love, but with new game play features and characters that supplement the existing universe. The style and aesthetics of this game are nearly flawless really, and the few technical problems and design quibbles do not render the game unplayable by any means. The story and characters are captivating, as well as the actual game play.

There are tons of area to explore, quests to fulfill, and guns to get. Moreover, I suspect there will be DLC in the near future to add to our new favorite Borderlands environment.

Favorite Game: Shadow of the Colossus. Favorite Moment in gaming: 100% completing Legend of Zelda: Majora's Mask. Life isn't hard, Megaman is.
Previous Could another X-Files movie be in the works?
Next Super Smash Bros first game to allow pre-loading on Wii U 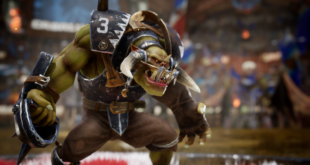 Trailer: Ready for gameday in Blood Bowl III? Check out this new overview 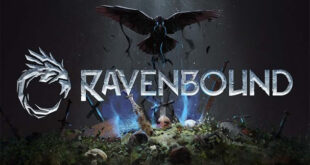 Itching to try Systemic Reaction’s great-looking trip though the frozen (and not-frozen) north? Your time …