A double dose of Bayonetta leads the Nintendo Download this week

Two times the Bayonetta sits at the top of the offerings for NIntendo’s Wii U this week on the eShop, along with Pokemon Art Academy, Just Dance 2015, and more classic Castlevania. 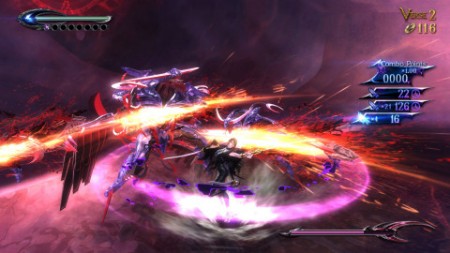 There’s actually a lot to like this week on the eShop for both he Wii U and the 3DS, but there’s little doubt as to what the biggest release is. Bayonetta 2 has been a long time coming and, for Wii U owners, it’s a real triple-A game from a third party that you can celebrate. Bayonetta 2 looks to gave all the hallmarks of a winner, and if it’s anything like its predecessor (which is also available now on the Wii U by the way), then it’s going to be an action/adventure to boast about having exclusivity on.

Other than the witch with the most though, you’ll find that your art skills are in for a sharpening with Pokemon Art Academy on the 3DS, your dancing abilities shall be tested with Just Dance 2015 on the Wii U, and there’s some excellent platforming to be done thanks to the arrival of both Shantae and the Pirate’s Curse and the classic Castlevania: Aria of Sorrow.

All in all, it’s a great week on the Shop.

Jason's been knee deep in videogames since he was but a lad. Cutting his teeth on the pixely glory that was the Atari 2600, he's been hack'n'slashing and shoot'em'uping ever since. Mainly an FPS and action guy, Jason enjoys the occasional well crafted title from every genre.
@jason_tas
Previous The Last Door (PC) Review
Next DST’s releases this week include a gaggle of new Minimates of various flavors