The Witcher 3 opening cinematic to debut at Golden Joystick

The upcoming awards show will play host to the first ever showing of the opening cinematic for CD Projekt Red’s The Witcher 3: Wild Hunt. 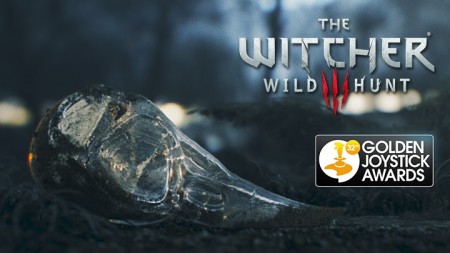 If you’re a Witcher fan, or just like awesome stuff, make sure you’re glued to the Golden Joystick awards next week. The intro features main character Geralt of Rivia as he follows The Trail in an “epic intro foreshadowing the main storyline of The Witcher 3: Wild Hunt”. More Witcher is always a good thing, and this release of the main game’s opening cinematic is a nice little tide-me-over for fans chomping at the bit to get their hands on the game this February.

The Golden Joystick Awards kick off at 10:45am EST (woo that’s early for an awards show), and the cinematic is scheduled to appear at some point during the show Catch it and, as CD Projekt Red points out, you’ll be one of the first people on the planet outside of the studio itself to see the way the final Witcher adventure is set to begin.

And if that’s not enough Witcher for you, might I suggest reading The Witcher: House of Glass, the new collected edition from Dark Horse Comics? It’s pretty dang amazing.

Jason's been knee deep in videogames since he was but a lad. Cutting his teeth on the pixely glory that was the Atari 2600, he's been hack'n'slashing and shoot'em'uping ever since. Mainly an FPS and action guy, Jason enjoys the occasional well crafted title from every genre.
@jason_tas
Previous NYCC 2014: NECA booth tour
Next Halo: Spartan Strike set to assail Windows Phone and the PC