Home / 3DS / Surprise! The revamped 3DS is a huge hit in Japan

Surprise! The revamped 3DS is a huge hit in Japan

Was there ever a doubt that Nintendo’s remade and revamped 3DS and 3DS XL would be massive hits? 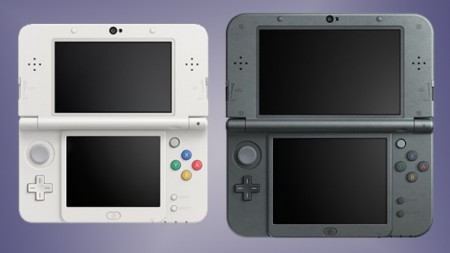 One of the best loved handhelds of all time, the Nintendo 3DS has made more than good after an initially rocky start. The little handheld has been called a money machine (which was the nickname for the DS before it) and has a player base that could easily rival any console that’s currently out there for at-home play.

Now the newest in the line has finally launched, in Japan only of course, and has made an impact. A big impact- and I mean ‘big’ as in XL. The ‘New 3DS’ has landed in the Land of the Rising Sun to a sales total of some 230 thousand units sold in just its first week on sale in the country. What’s most interesting out of that is that, according to Famitsu-published info, some 172 thousand pieces sold of that 230k were New 3DS ‘LL’ units- which translates to the western world as the New 3DS XL.

Now, that figure for the larger system is actually down form the sales of the original 3DS XL, which moved an extremely impressive 235+ thousand units in its first week, but you have to take into consideration that that particular unit wasn’t splitting sales with its little bro, the 3DS. In the case of the New 3DS XL (that’s a mouthful), it’s right there on the shelves next to the smaller New 3DS, and both consoles are upgrades over what’s currently the standard for Nintendo’s handheld gaming wing.

So you’re going to have your gamers who prefer the bigger one and those that like the smaller one. What’s kind of interesting heree is that Japan, so far anyway, digs the bigger New 3DS XL a good deal more than the plain old vanilla one. Then again, who wouldn’t like a bit more screen space when gaming on the go, and wasn’t that the point of the XL in the first place?

Either way, it’s an impressive sales week for the Big N on the handheld front. Who was it that said handheld gaming was dead now?

Jason's been knee deep in videogames since he was but a lad. Cutting his teeth on the pixely glory that was the Atari 2600, he's been hack'n'slashing and shoot'em'uping ever since. Mainly an FPS and action guy, Jason enjoys the occasional well crafted title from every genre.
@jason_tas
Previous Life is Feudal:Your Own Impressions
Next NYCC 2014: Diamond booth tour