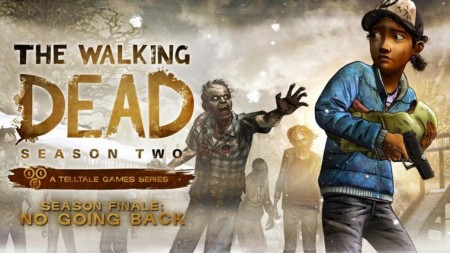 In episode five, Clementine will have to choose what kind of person she wants to become, but it has less to do with her own choice and more with how she reacts to others. This entire episode was built up over the last two episodes and personally, I still don’t know what to make of the whole thing. A few times, I did not get to respond the way I wanted to either, so I had to pick out of lesser evils in the conversation trees.

Overall, though, the ending I ended up with satisfied me. Keep in mind that there are seven possible endings, so there should be something that fits your plan for Clementine.

Kenny and Jane play an even more active role than in the previous episode. Whereas in episode four it focused on how you would become as a person, this time it focuses on what friendship you value the most. Will you go with the person you have known and trusted for a long time, but who has become steadily more unstable? The second choice is to go with someone that you barely know and who has shown to be in it for herself, but who is the most well-anchored in a chaotic world.

The other characters, Bonnie and Mike, serve as a soundboard for your consciousness. Bonnie tries to make you help Kenny and Jane by reminding you what kind of people they are. Mike, on the other hand, becomes increasingly annoyed by the group chemistry and shows that throughout the episode. 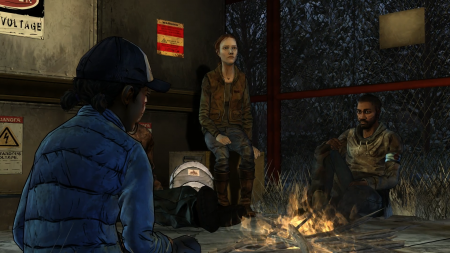 The last episode did feel rushed for me, because it tries to solve problems with ultimatums. I got annoyed at a lot of moments, because there simply wasn’t a middle way. Some characters also behave out of tune with certain dialogue options. I understand that not everyone can be level-headed in all situations, but there were certain times where a lot more could’ve been said or done.

An argument against this could be that a lot of stuff has happened already. There is a noticeable tension in the group, and making choices that have dramatic outcomes won’t work well for an already unstable group. People are bound to snap and make rash decisions as a result, but to me that doesn’t make sense when you see how much they have had to deal with and how a lot has been forgiven already. 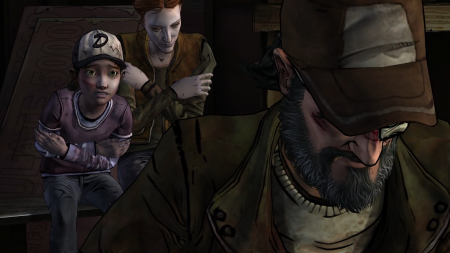 Jane’s facial expressions were odd in this episode. It goes directly from happy to sad. In some scenes she just stared up while talking. That really took me out of the story and I don’t understand how the usually reliable Telltale Games let that happen. In episode four there wasn’t anything wrong with her expressions at all.

A minor, nit-picking glitch was Kenny’s hair clipping through his bandage. All in all it wasn’t spectacularly annoying, but the last thing I want do to is laugh when there is a serious moment. 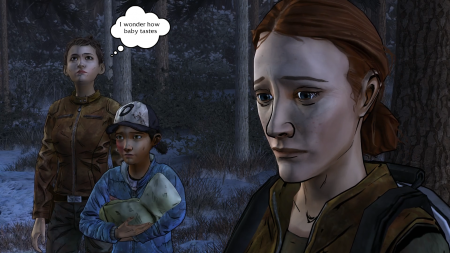 After I finished the episode, I was curious what else I could have done, and it turns out that there are a lot of endings. There is honestly an ending for anyone. You can end up with whoever and wherever you want. This impressed me, and I think I might just play the entire season all over again just to see where I´d end up at the end of the second play through.

The final episode did not leave me disappointed, but I am not left breathless either.

The Walking Dead Season 2 was fun, it had its emotional moments, and the end did seem like a good, solid ending to things. I think it would have been better if the fourth episode had been shorter and instead took over some of the fifth episode though. If that had happened, the fifth episode could’ve definitely felt less rushed. Episode five can be described with two words: walking and talking.

And a lot of the talking didn’t get Clementine anywhere.

I am 24 year old whose love for gaming started with my dad showing me games like Wolfstein 3D and Aladdin. As I grew older, so did my interest in games. I would religiously read Dutch game magazines to keep up to date. Initially. What was supposed to stay as something to pass time has grown to having a love for all things gaming related.
@RickRozenberg
Previous Reused Assets #1: Biscuit Justice Warriors
Next Atlus USA shows off Aigis, Marie and Idachi and the storyline for Persona 4 Arena Ultimax