Pictures of new figures, screens from the game, and more info about the newest Skylanders title all came out this past week at the SDCC. 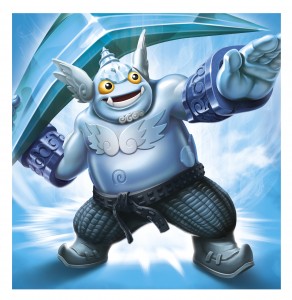 If you’re a Skylanders fan, chances are you can’t wait to get your hands on the new game this Fall, and all the new Skylanders that go along with it. Activision and developer Toys for Bob showed off plenty of new elements at SDCC last week including new characters, some new enemies imprisoned by the Trap Team, and the Dark Edition in packaged form which will include a bunch more than the standard packs.

Check out the Dark Editions of Food Fight, Wildfire, Snapshot, and Gusto below in the gallery along with plenty more from the game. Skylanders Trap Team launches on the Xbox One, PS4, PS3, Xbox 360, Wii U, and the 3DS this Fall.

Jason's been knee deep in videogames since he was but a lad. Cutting his teeth on the pixely glory that was the Atari 2600, he's been hack'n'slashing and shoot'em'uping ever since. Mainly an FPS and action guy, Jason enjoys the occasional well crafted title from every genre.
@jason_tas
Previous Free Xbox Live Games with Gold Announced for August 2014
Next Magic 2015 (Android) Review