Been enjoying the Battlefield Hardline Beta on the PS4 and PC? While you’ve only got a few more days with it, you just might have some new weapons and gadgets to play with till things come to a close. 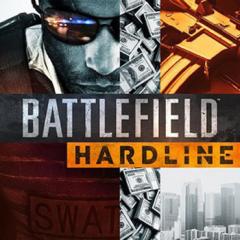 The multiplayer beta for EA, Visceral Games, and DICE’s ‘cops and robbers’ take on the Battlefield formula ends on Thursday of this week (they couldn’t have given us one more weekend?). If you have yet to unlock all the various gizmos and shoota’s included therein, well, you’ve got a nice surprise then as EA has opened up all the options included in this early version of the game- even for those who have yet to figured out how to activate them for themselves.

Now, just because you have a bunch of new stuff in the beta, don’t go thinking that that’s all that Hardline has in store when it’s released this Fall. EA is quick to point out that “…all the weapons and gadgets in the beta are just a taste of what fans can expect this fall, we have a lot more guns, gadgets and vehicles waiting for you on October 21st.”

All of this is being done of course, to get a better sense of what’s working and what’s not in the game at this point in development. Having real, live gamers playing and interacting with each other in Hardline is a huge help to the teams at Visceral and DICE in figuring out what needs improvement before the title actually releases this Fall. And to that end, the PC version of the Beta already has an update (yes, even though it’s ending this week). You can get the full list of improvements here, but the gist is that there are both audio and net code fixes in the patch.

Remember, the beta for Battlefield Hardline ends this Thursday on the PS4 and PC, so get your game time in as required before you’re out in the cold till October 21st, when the title drops on the PS4/3, Xbox One/360, and PC.

Jason's been knee deep in videogames since he was but a lad. Cutting his teeth on the pixely glory that was the Atari 2600, he's been hack'n'slashing and shoot'em'uping ever since. Mainly an FPS and action guy, Jason enjoys the occasional well crafted title from every genre.
@jason_tas
Previous Original Sin #6 sheds light on the Watcher’s killer
Next Green Hornet’s Black Beauty, Wolverine’s claws and more up for auction