How to Train Your Dragon 2 (Wii U) Review

How to Train Your Dragon 2 is a game that lacks quite a lot of polish, suffering from unresponsive controls, bad camera, and graphics that would even be unfit on a PS2. 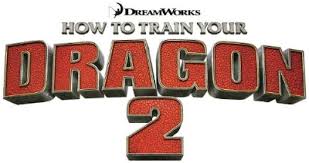 How to Train Your Dragon 2 starts off rather quickly, putting you in the action immediately. You’re given a quick tutorial on the controls as you fight another dragon; they’re fairly simple, pressing L and R makes you bank right and left, R2 to shoot fireballs, and movement with the control stick. It’s easy to remember, but unfortunately isn’t implemented well. A lot of times the dragon you’re controlling will careen out of control, dive bombing into mountains, or some other environment near you. When you hit any sort of surface, you will most certainly die; well they don’t specifically show your character dying, but when you crash and re-spawn elsewhere that’s the most logical conclusion to make.

This title is a collection of mini games, you fly around the island and land on pedestals that start the mission you’re tasked with. Most of the time it’s some sort of event which requires you to fly around rings for a set amount of time, or collecting a set number of rings. There’s no storyline or particular goal to reach in the game besides completing challenges that you initiate. Some of them were unclear as to how you’re supposed to approach these challenges.

There are multiple dragons you get to choose from, but Toothless was basically what worked for me, so I stuck with him most of the time. I occasionally tried out Deadly Nadder, as he seemed fast enough to get some of the challenges done. The dragons aren’t dramatically different from each other, but there are some that will suit you better than others. There’s no customization of them, so if you’re not the type that wants to mess around with stats, this will definitely be advantageous to you. Graphically, the game looks pretty dated for something released in 2014. Granted, it is a multiplat on platforms like the 3DS, so there’s bound to be some gimping. However, that doesn’t really excuse the poor job they did in developing the environment of the game. From flying through trees, to simply viewing the environments, it all feels rather cheap.

They did do a good job on developing the water though, so I have to give them credit for that. The shoot aspect of the game isn’t deep, all you really have to do is hold down L2 and lock onto the enemy. Unlike Star Fox, there is no disadvantage in simply locking on the whole time, so there’s no incentive to shooting them regularly. You have a limited number of shots in a single setting as well, and they take a very long time to reappear. You have unlimited ammunition, it’s just that it takes a while to reload. The music in this game is okay, there’s not much to say about it other than the fact that it’s a typical Dream Works soundtrack. It gets a bit repetitive though, as the same song plays in each minigame. The characters themselves are pretty zany when you’re in the heat of all the action; some of them will groan if they miss a ring, others will mostly just speak up when you crash into environments. 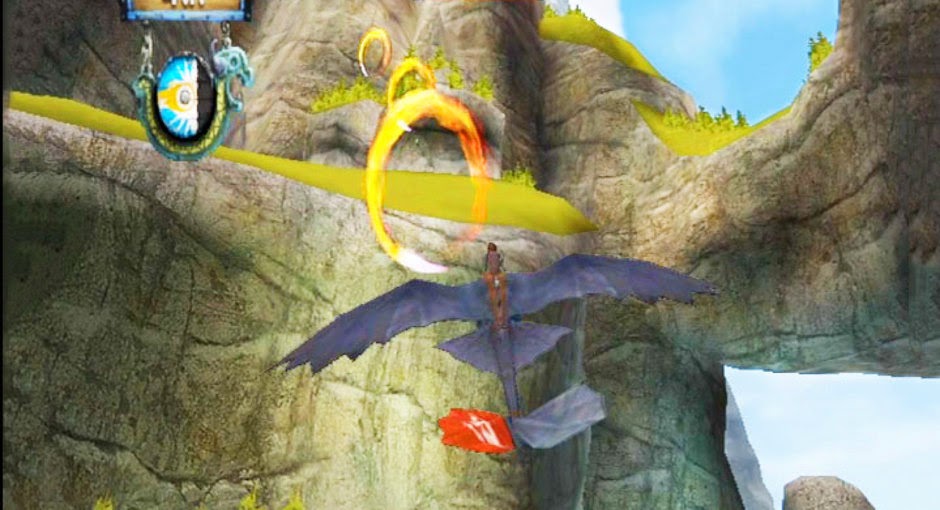 Speaking of rings, there wasn’t a strict aspect to flying through them, you just needed to graze them slightly and it counted. The clock seems to be always against you in mini games, so it’s best to just hold the A button down often, speeding you up in the process. Beyond mini games there’s not much to explore on the island itself, you’re just aimlessly wandering around if you don’t land on a pedestal, initiating a challenge. It would have been nice if we could do more, but it’s not really open world in the ideal sense; the hub world that you fly around is barren. There’s no story in this title, besides what you already know about the How to Train Your Dragon movies; so don’t expect any lore to uncover. The camera was downright awful, every time you turned it slowly followed you; in some really hectic moments this is quite the burden and only confuses you as well as making you dizzy.

How to Train Your Dragon 2 is a pretty typical movie game, it’s pretty rare for these titles to turn out good. In all my years of playing video games, I’ve only come across a handful that manage to be mechanically stupendous. If its controls were as tight as Star Fox, and the game was more varied, it would probably be a real winner in my book. I can’t recommend this one, not unless you’re just looking for some time to kill.

Well, my name's Christopher Deleanides as you all know and I'm the Nintendo Editor here at BG. I've been playing video games since 1992, and I've been a Nintendo fan the entirety of those years. My love for video games as well as Nintendo hasn't changed, and probably never will. The only thing that comes close is politics, as I'm very deeply involved in both local and international issues.
Previous E3 2014: Just Dance 2015 and Just Dance Now
Next The GOG.com Summer Sale is live right now