Marvel’s Agents of S.H.I.E.L.D – The Complete First Season arrives for both DVD and Blu Ray players in a few months. 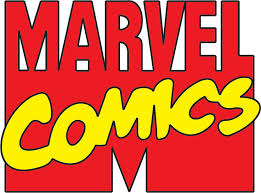 The mind-blowing saga that began in Marvel’s The Avengers continues in ABC’s action-packed series, Marvel’s Agents of S.H.I.E.L.D. — The Complete First Season.

In the wake of The Battle of New York, the world has changed forever. An extraordinary landscape of wonders has been revealed! In response, mysteriously resurrected Agent Phil Coulson assembles an elite team of skilled agents and operatives: Melinda May, Grant Ward, Leo Fitz, Jemma Simmons and new recruit/computer hacker Skye. Together, they investigate the new, the strange, and the unknown across the globe, protecting the ordinary from the extraordinary. But every answer unearths even more tantalizing questions that reverberate across the entire Marvel Cinematic Universe: Who is “The Clairvoyant”? What is Hydra’s sinister master plan; what dark secret lies behind Skye’s puzzling origins, and most importantly of all, who can be trusted?

Agents of S.H.I.E.L.D. might have been something of a mixed bag this first season, but it finished up with an undeniable bang. Not only did Marvel fans gets supervillains, but a direct tie-in to the Captain America: The Winter Soldier feature film and the dawning of Hydra as S.H.I.E.L.D. fell apart from the inside.

Where the show goes next season has yet to be seen, but it’s going to be pretty different than it was in Season One that’s for sure. In this release, you’ll be able to see where it all began as Coulson assembled his team of agents to tackle the new threats popping up across the Marvel Cinematic Universe.

You’ll also be on the receiving end of a bunch of bonus features including ‘Level 7’ access. Here’s your rundown of the contents that you’ll find in the box when Marvel’s Agents of S.H.I.E.L.D. hits DVD and Blu Ray on September 9th.

Bonus Features:            Journey Into S.D.C.C. – Hop on the bus and share the thrill of a lifetime as the series makes its first ever appearance at San Diego Comic-Con, where the cast is welcomed with open arms by a sea of enthusiastic fans

The movies, music and television of the '80s are Jessica's obsession. She's a fan of almost everything from the 'me decade' including (but not limited to) Barbie, Jem, She-Ra, Ms Pac-Man and neon print anything.
Previous It’s the history of arcades, in one neat little graphic
Next The Forest Arrives on Steam