Ultra-hard space-shooting action so good, you’ll keep coming back despite the urge to chuck your keyboard across the room. 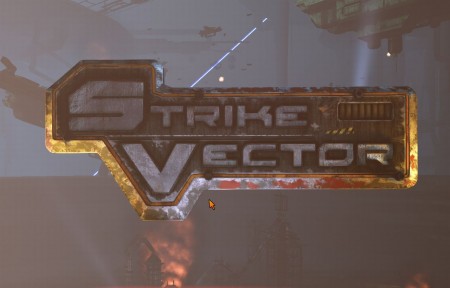 When it comes to gaming, why do most people crave difficulty? What is the point of playing games that are extremely difficult; something along the lines of a rougelike? You end up putting hours and hours into a game only to have all your progress lost in a simple death, then having to start from the very beginning once again.

When critiquing games, people often bash those that are too simple or require very little effort, when in fact those tend to be some of the most enjoyable experiences out there. Something like Broken Age or Gone Home are perfect examples of this, they have no difficulty but are yet considered excellent by many players. Having extra difficulty levels does not necessarily make the gameplay any better; it just punishes the player even more. 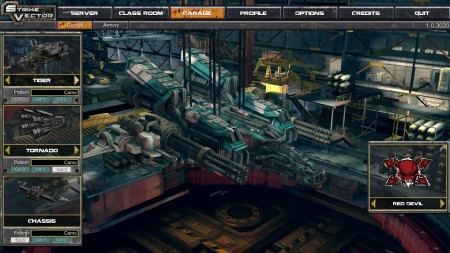 Strike Vector is the first title from Ragequit Corporation- a perfect name, as you will probably end up doing this at least once during the course of this title. The concept is something rather unique, a traditional hardcore shooter that uses spaceships instead of humans.

This changes up the mechanics allowing you to fly in every direction and dodge the same way. The long respawn times and precise shooting make this feel more Counter Strike and less Star Trek, making skill an important part of how you play.

Before each match, you are sent to the Workshop wherein you can change your ship to your heart’s content. Change the weapons, engines, shape… it’s all possible. Even so, every advantage has a similar disadvantage, be it slower speed or less range on your weapons. This makes the gameplay feel new and fresh every match as you change from rockets to lasers, making you a devastating force.

The controls are smooth and accurate, every mouse turn having a quick response. Strike Vector often requires quick reflexes especially when you find yourself in the middle of a dogfight. The 6v6 matches provide you with enough threats and support to not overcrowd the maps while also providing sufficient enemies. The other players are relentless and will pursue you wherever you may run, so think twice when fleeing a fight.

The game is gorgeous too, even when you’re speeding past floating buildings and dodging rockets. The ship models also look really great and, thanks to good animation, will make you believe they are actually possible as real ships. The sounds are also what you expect to hear from futuristic machines such as these- just get used to the wipeout sound because you will be hearing that a lot. 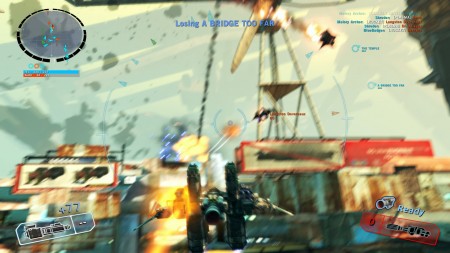 This is a great experience for those who desire something new out of their shooters, but it’s not for everyone.

Strike Vector is for those who, instead of giving up, will try another round; bettering themselves to achieve better and better stats. For those who prefer getting 20:0 killstreaks, this will absolutely wreck you to the point where you yourself will… ragequit.

A young lad on a magical journey through the dark and terrifying world known to many as "the industry". From his hellish prison, Isaac can hear the cries of pain and suffering from those who came before him, only to hear their hearts stop in utter terror. Video games aren't all fun and games kiddies.
Previous Outlast (PS4) Review
Next Skylanders info graphic shows off just how big Spyro and friends have become

As a series, Sniper Elite has had a heck of a lot of fun with …